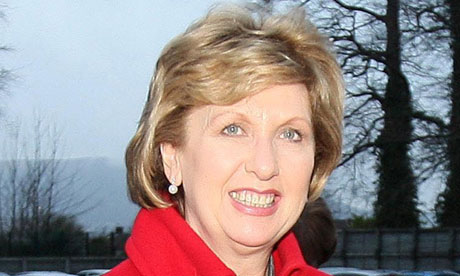 Victims of sexual abuse by priests will no longer be able to sue the Catholic church for damages if a landmark judgment rules that priests should not be considered as employees.

In a little publicised case heard this month at the high court, the church claimed that it is not “vicariously liable” for priests’ actions. The church has employed the argument in the past but this was the first time it had been used in open court and a ruling in the church’s favour would set a legal precedent.

The use of the defence raises further questions about the church’s willingness to accept culpability for abuse. It follows a damning report into abuse at the diocese of Cloyne in Ireland which prompted the Irish president, Mary McAleese, to call on leaders of the church “to urgently reflect on how, by coherent and effective action, it can restore public trust and confidence in its stated objective of putting children first”.

Those planning to bring claims in relation to the high court case expressed dismay. “As children, we weren’t given an innocent, carefree and safe environment,” said one. “We weren’t given a peaceful structure in which to grow and develop normally. By some miracle, some of us are still here to voice the words of so many who can’t. Only a small number of victims ever come forward. The full potential of who we could have been as adults has been stolen.”

The church’s defence has been condemned by lawyers. “I think the Catholic church’s attempt to avoid responsibility for the abhorrent actions of one of its priests is nothing short of scandalous,” said Richard Scorer of the law firm Pannone, which specialises in abuse cases. “The Catholic church would be better served by facing up to its responsibilities rather than trying to hide behind spurious employment law arguments.”

The ruling is being made as part of a preliminary hearing into the case of “JGE”, who claims to have been sexually abused while a six-year-old resident at The Firs, a children’s home in Portsmouth run by an order of nuns, the English Province of Our Lady of Charity. “If we fail, it would mean that no other victims of Catholic priests would be able to be compensated,” said Tracey Emmott of Emmott Snell, a specialist in working with sexual abuse claims who is representing JGE.

JGE alleges that she was sexually abused by Father Wilfred Baldwin, a priest of the Roman Catholic diocese of Portsmouth and its “vocations director”, who regularly visited The Firs during the 70s. Her legal team claim the nuns were negligent and in breach of duty, and that the diocese was liable for Baldwin’s alleged abuse as he was a Catholic priest engaged within the work of the diocese.

Previous hearings in the House of Lords and the court of appeal relating to other church organisations have found that ministers should be treated as employees. But there has been no judgment yet on whether the relationship between a Catholic priest and his bishop is akin to an employment relationship.

“They claim that the relationship between the bishop of the diocese and the parish priest in question does not amount to anything akin to a relationship of employment, and therefore there cannot be any ‘vicarious liability’ for the priest’s acts,” Emmott said.

“That is to say, whatever sexual abuse their priests might commit, it is not their responsibility. They are absolved of blame. We need to show that, while Father Baldwin wasn’t strictly an employee of the church, he was acting on the bishop’s behalf and that the bishop clearly had a degree of control over his activities.”

Criminal proceedings against Baldwin, who was the subject of a police investigation, concluded when he died of a heart attack in 2006.