A Canadian Roman Catholic bishop betrayed little emotion during his sentencing hearing Thursday as a court was told his laptop contained hundreds of pornographic images of young boys, including photos of torture. 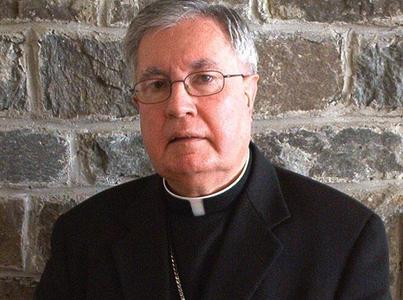 Bishop Raymond Lahey, 71, sat quietly, his right hand trembling slightly as he ran his index finger along his lips and chin, as Detective Andrew Thompson told the court that almost 600 photos, mostly of young teen boys, were found on Lahey’s laptop and hand-held device when he arrested in 2009.

“Some of them were quite graphic,” said Thompson. “There were images of nude boys, but there were also (images of) torture and stuff like that.”

Lahey pleaded guilty in May to importing child pornography in a rare case of a high-ranking Canadian Church official facing charges over sexual misconduct.

He waived his bail and was taken into custody even though he had not been formerly sentenced. His lawyer Michael Edelson had said Lahey wanted to start serving time now to get credit after sentencing.

Lahey is scheduled to return to court in December. His lawyer, Michael Edelson, has asked the judge to reschedule that appearance for an earlier date.

At the time of his guilty plea, the Vatican said the church would impose its own disciplinary or penal measures, but it did not elaborate on what punishment Lahey could face. Prelates who sexually abuse minors can be defrocked; lesser punishments include being forbidden from celebrating Mass publicly.

Lahey was charged in 2009 with possessing and importing child pornography after border agents examined his laptop at an Ontario airport on his return home from London, England.

According to court documents, Lahey became nervous when a border agent asked him if he had a laptop and ordered a second inspection when they discovered his passport contained stamps for Thailand, Indonesia, Malaysia and Germany — countries that can be sources of child pornography.

Thompson told the court some content on Lahey’s laptop ranked among the worst he has seen in scores of investigations into child pornography allegations.

“They’re right up there,” he said. “I mean, it doesn’t depict infants, but the explicit images of torture are disturbing.”

The case was especially shocking to Canadians because Lahey had overseen a multimillion dollar settlement for clerical sexual abuse victims in his diocese only a month earlier.

Barbara Dorris, outreach director of the Survivors Network of those Abused by Priests, also known as SNAP, applauded Canadian authorities for apprehending Lahey and for pursuing criminal charges against him.

“We urge the magistrate presiding over this sentencing hearing to give Lahey a stiff sentence and send a message to pedophile clerics in Canada and abroad that child abuse will not be tolerated,” Dorris said Thursday.