Nobody likes reading about clerical sexual abuse. Yet for well over a decade now, in diocese after diocese, the actions of abusive priests and negligent diocesan officials have been brought to light—and appropriately so. Unfortunately, these revelations have come not from church leaders but from grand jury filings, government reports and press exposés. Almost without exception, the official response has lagged well behind reportage. Chanceries have reacted as though stunned by accusations that they have in some cases known about for decades, appearing combative and defensive while struggling to answer lurid allegations. 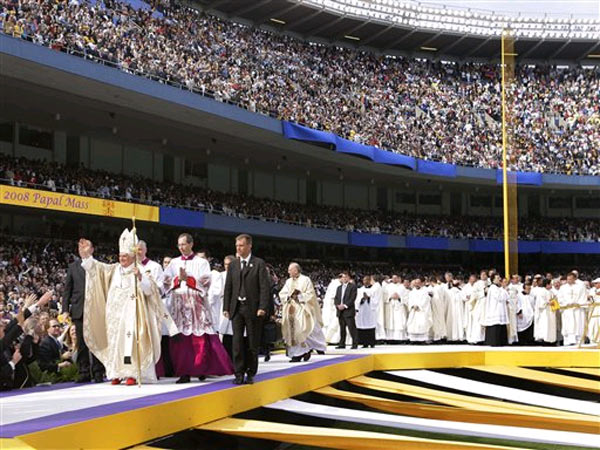 Recent weeks have proved no different, as the Irish church has been rocked yet again by a government report on clerical abuse. An investigation of the Diocese of Cloyne found that between 1996 and 2009—after national standards were set for dealing with abuse allegations—such reports were ignored, handled improperly or never reported to civil authorities. Fallout in Ireland, traditionally one of the world’s most Catholic countries, has been severe. In a rare public rebuke, the Archbishop of Dublin, Diarmuid Martin, chided his fellow bishops for withholding reports on sexual abuse of minors, telling them, “Hiding isn’t helping.” Ireland’s Prime Minister Enda Kenny, a Catholic, accused the Vatican of covering up the “rape and torture of children.” The Vatican recalled its ambassador, Archbishop Giuseppe Leanza, to Rome for consultation and to assist in formulating the Vatican’s official response before moving to his next post in the Czech Republic.

The sexual abuse crisis has devastated many, beginning with individual victims and their families. The morale of laity and clergy alike has been severely undermined, as has the moral authority of many bishops. Impressions of coverups and malfeasance have tainted the highest levels of church governance, triggering frequent and justified calls for mass resignations of bishops and, more recently, indictments of chancery officials. Lagging behind the story has made matters worse, fueling the impression that the church is hiding something, shielding abusers to protect “the institution” instead of vulnerable children.

As Ireland smolders in the report’s wake, a hopeful yet far less noted development has emerged in Germany—a nation also weighed down by abuse allegations. Germany’s Catholic bishops have begun taking steps to rebuild the trust that has been lost in recent years. In July they voted unanimously to grant independent investigators access to their files on sexual abuse by clergy—some cases as far back as 1945. No doubt their findings will raise serious questions about how allegations were handled and will reveal systemic failures in protecting children. Though prior damage cannot be undone, the country’s bishops are acknowledging that they need outside help to combat this problem. In so doing, they are also being proactive, not reactive.

Bishops around the world should follow their example. If the church’s own claims about abuse are true—that it is damnable yet distressingly widespread, infecting families and schools as often as churches—then there are certainly allegations against priests and religious that have yet to come to light. To date, the crisis has hit hardest in North America and Western Europe. Far fewer allegations have surfaced in other regions, including Central and South America, India, Africa and Asia. But all of these have enormous Catholic populations, and it would be foolish to presume that these locales have been free of abuse and mishandled allegations. Indeed, this is one instance in which the catholicity of the church will likely prove a liability, not an asset.

Recent years have shown that as a topic in the news, sexual abuse by clerics is resilient. Once in the headlines, it remains there indefinitely. Unless the church begins to respond differently, as the German bishops are trying to do, sexual abuse will continue to be the main story about the Catholic Church for years, even decades, as accusations surface around the world.

Countless bishops, including Pope Benedict XVI, have spoken of the crisis as an opening for repentance, conversion and purification in the church. We continue to hope that it will be so and pray that the many victims of abuse will be healed in the same measure that they have been harmed. For this hope to be well founded, however, church leaders must stop playing defense around the issue of abuse. Rebuilding relationships of trust between the hierarchy and the faithful will take more than promises from church leaders that they are trustworthy. They must prove it. This will require resignations in cases of mendacity and negligence. In more cases, it will demand that bishops be the bearers of their own bad news about abuse. This will be an act of humility, even a painful one. But there is no alternative.