Roman Catholic priests in the conservative Philadelphia archdiocese have formed an independent association amid “a vacuum of information” with the latest clergy-abuse scandal, the Rev. Chris Walsh confirmed Friday.

Father Walsh, one of the organizers of the Association of Philadelphia Priests, said the group was created for priests to learn more about how the archdiocese is handling the problem. The association is still finalizing its bylaws. 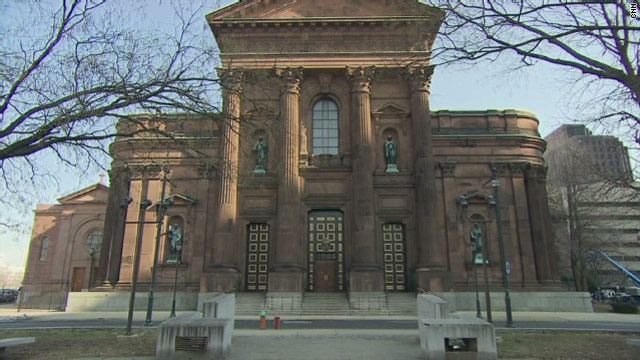 A grand jury in February charged three priests and a teacher with rape and a monsignor with endangering children by reassigning priests. Prosecutors found that 37 suspected abusers remained on duty. The archdiocese later suspended about two dozen of them.

The grand jury report stunned priests across the five-county archdiocese, which has about 500 active priests.

“How could this be happening again? The guys, they were at a loss,” Father Walsh told The Associated Press.

In 2002, U.S. bishops ordered reforms in how dioceses handle abuse complaints. And in 2005, priests endured a blistering grand jury report that 63 Philadelphia priests had been credibly accused of sex assaults over several decades.

Father Walsh, who also is pastor of St. Raymond of Penafort, said that over several meetings this spring, concerned priests decided to form the new group. About 100 priests have attended each of three meetings held at various parishes. Also, two archdiocesan officials have attended a meeting, including the Rev. Daniel Sullivan, the vicar for clergy.

But no one wants to challenge incoming Archbishop Charles Chaput on priest celibacy, the ordination of women or other hot-button issues.

“They are, like most Philadelphia priests are, very orthodox men who love the church,” Father Walsh said. “We’re not looking to be adversarial. We’re part of the church. We respect and look forward to working with Archbishop Chaput.”

Father Walsh said priests in the diocese are struggling, along with the laity and non-Catholics in the region, to understand how the sex-abuse problem was allowed to fester. They also want to protect the rights of the suspended priests whose cases are now under review.

“Speaking for some of the [priests] who have been removed, they don’t know what’s next or how long it will take,” Father Walsh said. “In the criminal process, it’s pretty clear. … With the case of these guys, it’s really nebulous. Many of them feel very uninformed.”

Priests in other dioceses have long formed independent organizations, and many dioceses contribute $30 per priest annually to the National Federation of Priests’ Councils, a Chicago-based group that serves as a liaison between priests and the dioceses they serve.

But priests in the famously insular Philadelphia archdiocese have never joined the 43-year-old group, according to the Rev. Richard Vega, the federation president.

“Their bishops never wanted them to belong. We were seen as too radical,” Father Vega added.