Most major faith groups in the United States have denominational processes for assessing reports about clergy sex abuse. The Southern Baptist Convention does not. Instead, the SBC has chosen to denominationally do nothing. That choice makes the world a more dangerous place, especially for children. 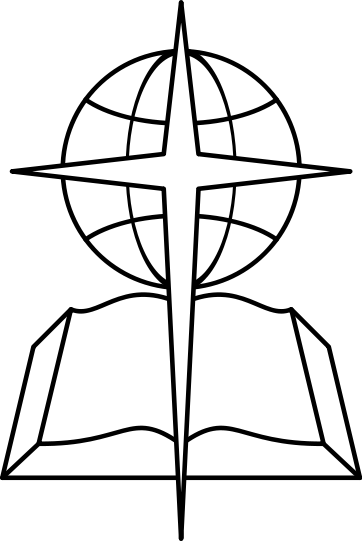 The danger was revealed most recently in news about a former minister of Prestonwood Baptist Church in Dallas. The minister, John Langworthy, admitted to his Mississippi congregation that, while at prior churches, he “had sexual indiscretions with younger males.”

When this “disturbing revelation” made headlines, Prestonwood’s executive pastor, Mike Buster, acknowledged that, in 1989, Prestonwood had received an allegation that Langworthy “acted inappropriately with a teenage student.” But Buster claimed Prestonwood officials had acted “firmly and forthrightly” because Langworthy “was dismissed immediately.”

Coming from a top official at one of the SBC’s largest churches, Buster’s statement should cause parents serious concern. Confronted with allegations of clergy sex abuse, Prestonwood got an accused minister off its own turf, but the minister was left free to church-hop to other congregations.

This quiet dismissal served to unleash Langworthy into the larger body of Baptist churches and to place other kids at risk. And to this day, Prestonwood officials seem to think they handled things appropriately.

The ways in which Prestonwood failed will appear obvious to many, but the problem is really much bigger. Within the Southern Baptist Convention, many other churches, big and small, have made the same dreadful mistakes in dealing with reports of clergy sex abuse. When church after church makes the same mistakes, there is something wrong with the system.

A systemic problem requires a systemic solution. That’s why, in 2006, I worked with the Survivors Network of those Abused by Priests in urging Southern Baptist officials to establish an office through which clergy abuse reports could be assessed by trained professionals, and to keep records on ministers determined to be credibly accused.

There was nothing radical in this request. Other major faith groups are already doing more in that their denominational assessments can result in defrocking. But we didn’t ask for that. We simply asked for a denominational system of objective assessments and record-keeping — i.e., a database.

Recently, Southern Baptist pastor Wade Burleson renewed the call for a denominational database. I pray that people will listen.

Consider the difference such a system could have made in the Langworthy case. Amy Smith was a young staff intern during Langworthy’s tenure at Prestonwood. She knew there had been abuse allegations. In early summer of 2010, Smith started contacting everyone she could think of to try to assure that Mississippi kids would be protected.

She contacted Prestonwood officials, hoping they would work to remediate their earlier mistake and warn Mississippi parents about Langworthy’s past. But Smith didn’t get any help from Prestonwood, and so she persevered on her own for over a year until, finally, Langworthy resigned his ministerial position.

That’s over a year in which more kids were left at risk. If there had been a denominational office to which Smith could have provided her information, kids could have been better protected much sooner.

That office could have assessed the allegations, reported on its assessment to the Mississippi congregation and kept a record if the allegations were found credible. And if a church chose to keep a convicted, admitted or credibly accused minister, the SBC could conceivably choose to disfellowship.

If Southern Baptists provided such an office, and if it were truly a safe and welcoming place, there would be many more clergy molestation survivors who, in adulthood, would bring forward their reports. This could greatly diminish the incidence of clergy sex abuse, because one of the best ways to prevent abuse in the future is to institutionally listen to those who are trying to tell about abuse in the past. But Southern Baptists have no system for even hearing clergy abuse survivors.

“Go to the police,” you say? Of course. But typically, by the time an abuse survivor grows up and is capable of bringing forward a report, it is too late for criminal prosecution. Tell churches to do background checks? Sure. But over 90 percent of active child molesters have never been criminally convicted and so they won’t have criminal records.

Other safeguards are needed, and most other faith groups have realized that by now.

Einstein said “the world is a dangerous place, not because of those who do evil, but because of those who look on and do nothing.” For too long, Southern Baptists have done nothing to effectively address clergy sex abuse. A denominational database of convicted, admitted and credibly accused clergy is overdue.