Few organizations are as militantly anti-homosexual as the Catholic Church. According to the Colorado Independent, in June 2011 the U.S. Conference of Catholic Bishops “…was ramping up a campaign against same-sex marriage.” These tirades only enhance the message in new book Passionate Holiness: Marginalized Christian Devotions for Distinctive People (published by Trafford Publishing) by Father Dennis O’Neill. Now updated in this second edition, Passionate Holiness offers gay, lesbian and transgender Christians examples from Catholicism’s past. 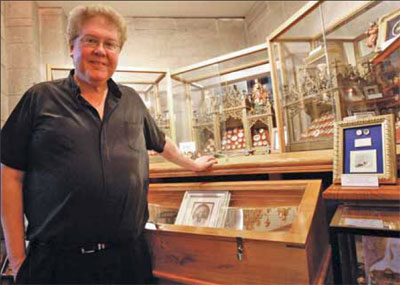 O’Neill’s exploration of the Byzantine-era construction of three churches in Constantinople dedicated to martyrs who might have been bisexual or gay. Rich with history and extrapolation, Passionate Holiness will provide comfort and provide insight to its readers.

Well-reviewed by other priests, sociologists and novelists, Passionate Holiness offers a ray of tolerance in the increasingly-polarized world of the Church versus homosexuality. Writing in The Advocate, critic Anne Stockwell notes, “Here’s something the antigay modern Roman Catholic Church would like to forget: In the early years of Christianity, homosexual saints were worshipped, too.”

About the Author
Dennis O’Neill was born in Chicago, Illinois, in 1947. He received his education in the seminary system of the Catholic Archdiocese of Chicago and was ordained a priest in 1973. He graduated with a bachelor’s degree in English literature from Loyola University in 1969 and a master’s of divinity from St. Mary of the Lake Seminary, Mundelein, Illinois, in 1973. In 1974, he received an S.T.B and an S.T.L. from St. Mary of the Lake Seminary. Since ordination, he has served in four parishes in Chicago and is currently pastor of St. Martha Parish in Morton Grove, Illinois.
O’Neill is the author of Lazarus Interlude: A Story of God’s Love in a Moment of Ministry (Notre Dame, IN: Ave Maria Press, 1982), and has written either the introductions or the text for several books published by British Celtic Artist, Courtney Davis.