A former Catholic priest who gambled away $295,000 of his parish funds was “a good man who has been possessed by the demon of a gambling addiction,” according to his attorney Jack Donahue.

Father John Regan, 47, was the pastor of St. Walter Parish in Illinois between 1989 and 2008, during which time he created a “Special Needs Account,” which he would then pillage in order to fund his addiction. 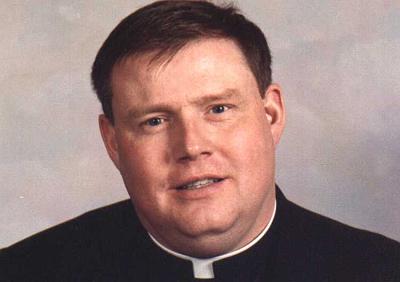 However, the Roman Catholic priest was eventually found out after the bank noticed nearly 400 withdrawals worth over $117,000 from ATMs at riverboat casinos before subsequently contacting the diocese. It was also found Regan had written around $115,500 in cheques to himself from the same account.

Father John Regan has since admitted to gambling at least $264,000 of that money, although the figure is believed closer to $410,000, if winnings that went back into the casino are included.

In addition to his embezzlement, the priest is also believed to have lost a small inheritance gambling, as well as $40,000 on his credit cards which his mother helped pay off with a home equity loan.

“I’m a compulsive gambler, and what I did was absolutely wrong…I wasted a huge sum of my parish’s money on this gambling addiction…Every day was a good day to go to the casino, and that’s the insidious nature of the disease I have. I can’t imagine anybody wanting to do what I’ve done,” explained a tearful Regan.

Despite facing a possible 15 years behind bars, Father John Regan was sentenced to 60 days in jail, followed by a 150-day work-release sentence during which time his nights and weekends will be spent at the jail. He will then perform 500 hours of community service, and also find a menial job in order to begin paying back the money he stole.

Later commenting on the case, Assistant State’s Attorney Helen Kapas said:
“That a person could do this to their own church is unthinkable, unimaginable and unbelievable. There will be different judgment days for John Regan, but today is a day for justice in DuPage County.”