The latest evidence of prejudice against homosexual people in the Church of England has come from the leaked Colin Slee memo and advice that Archbishop Rowan Williams sought in order to get around the Equality Act (2010). This counsel was to ensure that a gay man, ie Jeffrey John, was not appointed as bishop of Southwark. A cunning checklist was devised, consisting of five questions: 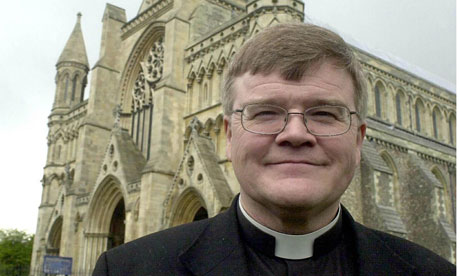 • whether the candidate had always complied with the Church’s teachings on same-sex sexual activity;
• whether he was in a civil partnership;
• whether he was in a continuing civil partnership with a person with whom he had had an earlier same-sex relationship;
• whether he had expressed repentance for any previous same-sex sexual activity; and
• whether (and to what extent) the appointment of the candidate would cause division and disunity within the diocese in question, the Church of England and the wider Anglican Communion.
By my reckoning, Jeffrey John fails on five out of five. One could be forgiven for thinking that this is a list deliberately designed to exclude him.

Recently, Chris Sugden and Colin Coward debated the issue of gay bishops on Radio 4’s Sunday programme. Sugden seemed determined to conflate homosexuality with promiscuity and adultery. However, Jeffrey John is a man in a faithful relationship with his life partner. Normally the church would commend this sort of long-term and committed relationship – but the rules change when the two people in question are the same gender.

• whether the candidate had always complied with the Church’s teachings on sexual activity being solely within matrimony;

• whether he had expressed repentance for any previous premarital sexual activity.

Of course, these questions seem inappropriate, invasive and irrelevant. The sex life of my bishop is of zero interest to me, as long as it attests to the values of love and faithfulness that we expound in the church. Moreover, I agree with the comments from the Archbishop of York backing William and Kate’s premarital sexual activity when he said that many modern couples want to “test the milk before they buy the cow”.

Please, let us make some attempt to be even-handed and avoid such blatant hypocrisy.