A lawyer representing a victim of priest abuse in a lawsuit against the Roman Catholic church said on Monday Vatican documents show the church hierarchy and the pope were ultimately responsible.

A lawyer for the church disagreed, saying the newly released documents show the Holy See was not involved in the offending priest’s transfer from Ireland to Chicago and then to Portland, Oregon, where the victim was a minor in the 1960s. 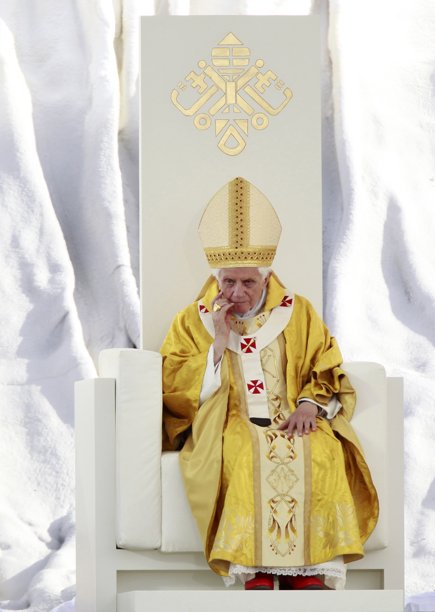 In April, U.S. District Judge Michael Mosman in Oregon ordered the Vatican to produce documents in the case that alleged a cover-up of priest sex abuse.

At the time, the judge’s order was termed a “historic step” by attorney Jeffrey Anderson, who sued the Holy See in Rome and U.S. archdioceses and church officials on behalf of an unnamed man in Oregon.

Anderson said on Monday an analysis of the 1,856 documents written in Latin, Italian and English showed the Vatican had direct control over the placement and laicization of Rev. Andrew Ronan, who left the priesthood in 1966 and died in 1992.

“At all times, Father Andrew Ronan’s life from profession to dismissal was under the control of the Holy See,” a report released by Anderson said.

One document from early 1966 showed that Ronan had asked the Holy See to remove him as a priest. The request was granted that year.

Also among the documents was a letter from a Provincial Minister to the Prior General in Italy in 1966 that said “we believe it will be possible, if the Holy Father will grant Father Ronan’s request, for him to leave quietly and without any open scandal.”

On Monday, Anderson said the documents showed authority stems from “the top of the hierarchy, and that is to the papacy.” He said he would ask for additional documents.

“This is a selective, deceptive, incomplete production at best and in my view typical of the Vatican’s view that they are above the law,” Anderson said.

Jeffrey Lena, a lawyer for the Roman Catholic church in the United States, said the accusations of Vatican involvement in Ronan’s transfers were groundless. The Vatican has long held that its priests are under the local control of bishops.

“Like the documents previously released — and contrary to the plaintiff’s lawyers’ long-standing accusations — the written responses confirm that the Holy See was not involved in Ronan’s transfers and had no prior knowledge that Ronan posed a danger to minors.

“The responses also show that there is no support for the plaintiff’s lawyers’ spurious theory that Ronan was ever the Holy See’s employee,” Lena said.