Bishop Raul Vera Lopez of Saltillo, Mexico has told a Mexican newspaper he has received “a series of questions” from the Vatican about his support for the San Elredo community, which holds positions on homosexuality that are contrary to Church teaching.

“There has been a call from the Vatican and I am ready to clear things up … I have to respond to a series of questions that Vatican City has sent me about my work with homosexuals,” Bishop Vera told the newspaper Zocalo. 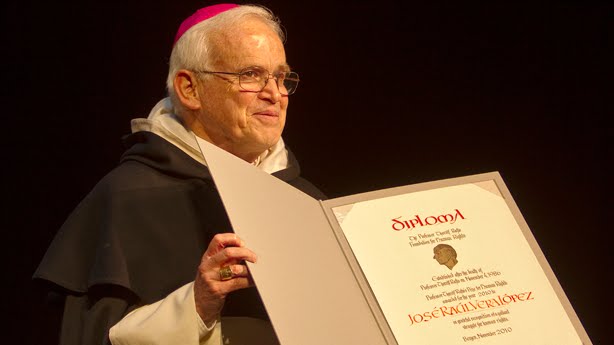 He said the Vatican inquiry has come about “because a Catholic agency based in Peru, ACI Prensa, has made false claims that I promote homosexual relations.”

He accused ACI Prensa of distorting his work. “They allege that I am against the magisterium of the Church and unfortunately they are driven by prejudice and phobias against the homosexual community.”

The request for clarification from the Holy See, he insisted, “is because this Catholic news agency has said outrageous things.”

Bishop Vera told the newspaper, “In the Diocese of Saltillo, we have very clear objectives. We work with (the gay community) to help them recover their human dignity, which is frequently attacked at home and in society, and they are treated like scum.”

“I am not against the magisterium of the Church, nor do I promote dishonesty. It would go against my principles to promote depravity and immorality,” he said.

In response to the Vatican inquiry, the coordinator of the San Elredo community, Noe Ruiz, told Zocalo the group would be willing to leave the diocese in order to prevent the work of Bishop Vera from being hindered.

“If tomorrow they come tell Bishop Raul Vera, ‘You are endangering your work in Saltillo because of such a small community, a network of barely 600 people,’ it would not be worth the risk,” he said.

In March of this year, Bishop Vera published a statement on the diocesan website expressing support for the “sexual, family and religious diversity forum.” The event was aimed at “eradicating what some sectors of the Church believe about homosexuality” — especially the belief “that homosexual actions are contrary to God.”

Father Robert Coogan, the American priest who founded San Elredo, maintained that the group’s work is not contrary to the teachings of the Church.

He added: “How can a person with same-sex attraction have a fulfilling life? And the only answer the Catechism gives is to tell them to be celibate, and that is not enough.