In a move some theologians say undermines the credibility of the leading English-language Catholic theological journal, the Vatican has pressured it to publish a scholarly essay on marriage, unedited and without undergoing normal peer review.

The essay, which appeared in the June 2011 issue of the quarterly Theological Studies, published in Milwaukee under the auspices of the Jesuits, upholds the indissolubility of marriage. It was a reply to a September 2004 article in which two theologians argued for a change in church teachings on divorce and remarriage. 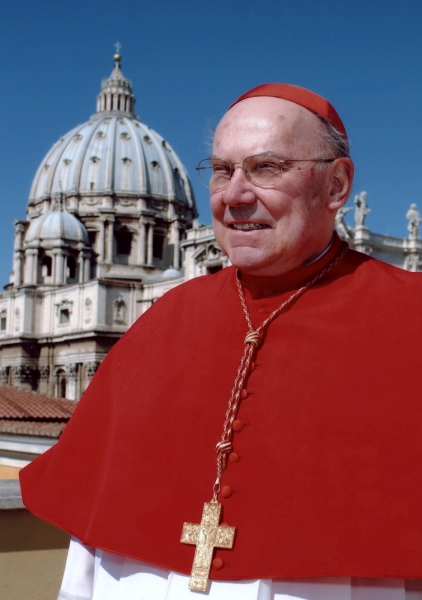 The Vatican has been pressuring the editors at Theological Studies since not long after the publication of the 2004 essay, according to theologians not connected to the journal or to the Jesuit order. The Vatican aim is to weed out dissenting voices and force the journal to stick more closely to official church teachings.

The theological sources, who asked not to be identified lest they come under pressure from the Vatican, say the Congregation for the Doctrine of the Faith pressured policy changes at Theological Studies. The journal’s editor in chief, Fr. David G. Schultenover, announced the changes, following the words “A clarification” printed in bold letters in his editor’s column in the December 2010 issue.

He then wrote for his subscribers, mostly Catholic theologians who carefully read each issue for scholarly purposes, an explanation for some editorial policy shifts in the journal. Schultenover began by making a reference to a controversial essay published in the journal’s September 2006 issue. That essay, sources have told NCR, further raised tension levels between the Vatican and Theological Studies’ editors.

Wrote Schultenover: “Even with the best professional protocols and sincerest intentions to offer a journal of service to the church, an article might appear in our pages that some judge could mislead some readers. This seems to have been the case with ‘Catholic Sexual Ethics: Complementarity and the Truly Human,’ by Todd Salzman and Michael Lawler (September 2006). Some readers might have formed an opinion that because this article appeared in our pages, the journal favors and even promotes its thesis, one that does not in all aspects conform to current, authoritative church teaching. For all such readers, I wish to clarify that this article, insofar as it does not adhere to the church’s authoritative teaching, does not represent the views of the editors and sponsors of Theological Studies. While the journal, heeding the mandates of recent popes to do theology ‘on the frontiers,’ promotes professional theology for professional theologians, it does not promote theses that contravene official church teaching, even if — though very rarely — such theses find a place in our pages. If and when they do, our policy will be to alert readers and clearly state the current authoritative church teaching on the particular issue treated.”

Asked by telephone to explain why the journal now feels it necessary to warn readers when publishing essays believed to contravene official church teachings, Schultenover refused comment. When told other theologians said the Vatican had pressured Theological Studies to make the editorial changes, he answered: “Their conclusions did not come from me.”

In an uncommon note in Theological Studies that preceded the Vatican-mandated June 2011 essay, Schultenover wrote that “except for minor stylistic changes, the [marriage] article is published as it was received.”

This editorial note tipped off some Theological Studies readers to the unusual nature of the article. Fr. James Coriden, canon lawyer, professor at the Washington Theological Union, and coauthor of the original 2004 essay on marriage, said that upon reading the note he immediately concluded Schultenover had been forced to publish it.

“It’s a terrible precedent,” Coriden said, referring both to the publication of the “as is” article and the new editorial policy that singles out theology not in keeping with official church teachings. Coriden is the recipient of the 2011 Catholic Theological Society of America’s John Courtney Murray Award, the highest honor bestowed by the society to a theologian.

John Thiel, president of the Catholic Theological Society of America, said he regrets the Vatican interventions, calling them “misguided” on several fronts.

“First, it wrongly assumes that the journal’s readership of professional theologians is incapable of making its own professional judgments about theological positions. Second, it seems to conflate theology and doctrine, wrongly thinking that theology’s task is the repetition of doctrine. Theology’s long history of playing a role in the process of doctrinal development shows this not to be true. Third, the publication of an article by a fiat in violation of the editorial process calls into question the integrity of the article so published, placing its authors in an unfortunate position.”

Fr. Charles Curran, professor of theology at Southern Methodist University in Dallas, said the Vatican action “is the most serious attack possible on U.S. Catholic theology because Theological Studies is our most prestigious scholarly journal.”

Curran, whom the Congregation for the Doctrine of the Faith declared in 1986 was not suitable to be a Catholic theologian because of his dissent from hierarchical moral teaching, noted that “once again” it is moral theology and sexual ethics that has become the Vatican’s litmus of orthodoxy.

He said the Vatican actions could doubly hurt Theological Studies, first by encouraging theologians who might be “working on the frontiers” to go elsewhere with articles they think might no longer get published in the journal and, secondly, by forcing Theological Studies editors to “ration dissent” in the publication.

“There’s definitely a chill factor here,” he said. “And if this is going on here, you have to think it is going on elsewhere, in Europe.”

“The Society of Jesus has a cordial, ongoing relationship with Cardinal William Levada, moderator of the Congregation for the Doctrine of the Faith,” said Jesuit Fr. Thomas H. Smolich, president of the Jesuit Conference of the United States. “The society fully supports Theological Studies and its mission of theological inquiry and investigation. I am grateful for the fine job Fr. Schultenover has done as its editor in chief.”

The article that first sparked the controversy in 2004 was coauthored by Coriden and Franciscan Fr. Kenneth Himes, chairman of Boston College’s theology department and previous head of the Catholic Theological Society of America.

In an earlier essay in Theological Studies, Himes and Coriden argued for a pastoral approach that would allow divorced and remarried Catholics to fully participate in the Eucharist under certain conditions. However, in the 2004 article, “Indissolubility of Marriage: Reasons to Reconsider,” they go much further and maintain that the teaching of the church on the indissolubility of marriage should be changed.

“We believe the pastoral care of the divorced and remarried in the present situation has reached the stage where honesty requires a reconsideration of the continued divide between the church’s teaching on indissolubility and the pastoral strategies of its ministers,” they wrote, asking “if church teachings remain persuasive.”

“By asking this question, however, we do not wish to be seen as advocates of divorce. The teaching of the Catholic church that marriage between baptized persons is a sacrament that should entail a permanent and faithful union of love between husband and wife is a wise and much needed message in the modern world.”

In their essay the authors offer a vigorous defense of church teaching on marriage, saying it can never be changed. “At the risk of seeming presumptuous, we will argue that substantive revision is indeed impossible,” they write, criticizing Himes and Coriden’s arguments.

It is not unusual for Theological Studies to publish a reply to an essay. Normally, however, such replies run half the length or less of the original essay. The Ryan and Grisez reply is an exception, running the length of a full article.

Schultenover took over as editor in chief at Theological Studies in January 2006, succeeding Jesuit Fr. Michael Fahey, who served 10 years in the position. Theological Studies says it has subscribers in some 80 countries. It has a Jesuit board of directors and 13 editorial consultants who assist Schultenover by reading and helping to choose manuscripts. The journal says it typically receives some 200 unsolicited submissions yearly, of which some 35 are published.

This is not the first time the Vatican has placed significant pressure on a U.S.-based Jesuit publication. In May 2005, Jesuit Fr. Thomas J. Reese, editor of America magazine, resigned at the request of his order following years of pressure for his ouster from the Vatican Congregation for the Doctrine of the Faith. In that instance, the Vatican also said America had strayed too far from official church teachings.

The Congregation for the Doctrine of the Faith did not respond to NCR questions regarding Theological Studies.