The next time a news story surfaces on the subject of gay-straight alliances (GSAs) in Catholic schools, see if the following formula applies. 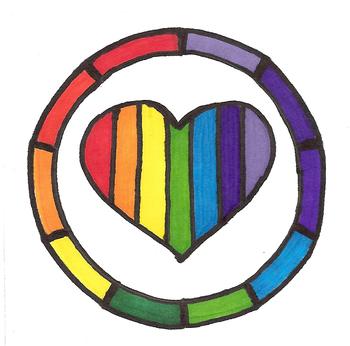 First, some students attempt to establish a GSA (or run some event as a GSA). School officials judge the group or event to be contrary to Catholic teaching, although they arrange some compromise (i.e. naming groups “anti-bullying” instead) so that service to students fits with Catholic teaching. Nonetheless, the GSA members find this decision illogical, and are sufficiently frustrated that they contact the media.

The story finally ends at an impasse: Church teaching on homosexuality is unchangeable, while the students remain steadfast in their initiative to provide a safe space at school for lesbian, gay, bisexual, transgendered and queer (LGBTQ) students.

At this point two questions arise:

1) Is establishing a GSA really contrary to Catholic teaching?

2) If LGBTQ students wish to have a GSA, why don’t they simply leave the Catholic school and enrol at the secular school, where GSAs are supported?

The answers to both these questions bring forth some new considerations that Catholic school officials and students should take seriously if they wish to keep their conversations from hitting an impasse.

The subject of GSAs being contrary to Catholic teaching raises the fact that the Catholic Church loves LGBTQ persons, but disapproves of non-heterosexual acts. If Catholic schools are unwilling to sponsor GSAs on this basis, then one must ask whether GSAs really promote sexual acts. If they did, they would certainly be contrary to church teaching. But these groups limit their scope to promoting peace and safety, providing emotional support, and resisting homophobia and bullying in the name of justice, all of which are in agreement with Catholic teachings on love and human dignity. Being LGBTQ is apparently not a problem in some Catholic schools, but organizing LGBTQ groups is.

So it appears that in some cases there is reluctance to admit the presence of LGBTQ persons because it would send a message that the school also approves of sex acts that are contrary to Catholic teaching. Instead, they are hidden under the heading “anti-bullying” (as is the case in Halton Catholic schools).

In these cases, probably the best argument that the pro-GSA students have at their disposal is to point to inconsistencies between their treatment and the way the school serves students who are pregnant and unmarried parents. The Catholic Church also disapproves of heterosexual acts outside marriage, but currently unmarried students who are pregnant or have children are openly welcomed in Catholic schools, and sometimes are even placed in programs specifically designed for them.

Their public presence is not denied, and any suggestion that the school approves of their sexual activity outside marriage is remarkably absent from public discussion. Priority is instead properly placed on helping these students and their children. Students who are hoping to establish GSAs might ask why their social and political effort to reduce homophobia and bullying fails, but a solidly Catholic reason exists to serve students who have (or are having) children outside marriage.

On the other hand, one could ask why students continue to press unsuccessfully for a GSA in a Catholic school when they could simply enrol instead at a secular school. For most of these students, such a step is simply too drastic. The Catholic school is their community of friends. They desire and deserve Catholic schooling just as much as their heterosexual neighbours and leaving the school is simply not an option. For those students who are Catholic and L, G, B, T or Q, this issue therefore raises serious questions about how they see themselves in the church, and how the church and school see them.

But repeating church teaching to LGBTQ students looking for a mature engagement with their church is insufficient, and is bound to return to the impasse of frustration. Intellectual freedom requires that students who are interested should be introduced to Catholic thinkers who offer reasonable criticisms of church teaching.

Many in the church will not agree with this suggestion, but in addition to working for peace, emotional well-being and justice, Catholic schools also have an obligation to help all LGBTQ students understand themselves in the church. Perhaps a GSA is just the intellectual and social environment that can encompass all these needs.