The Catholic Diocese of Wilmington on Monday completed the transfer of more than $77.4 million to a trust fund for survivors of clergy abuse, and with the payment the 143-year-old diocese emerged from bankruptcy after almost two years. 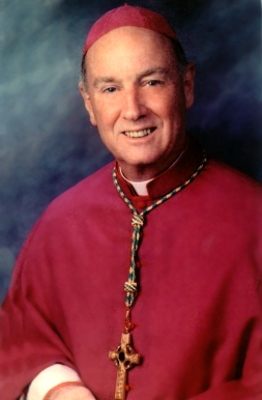 The money was part of an extensive list of settlement terms included in the plan confirmed in July by U.S. Bankruptcy Judge Christopher Sontchi. The diocese filed for Chapter 11 protection in 2009 after survivors of clergy abuse filed about 150 lawsuits under provisions of the 2007 Child Victims Act. The 2007 law opened a two-year window during which claimants could file civil suits that otherwise would have been barred by the statute of limitations.

Detailed reports — accounting for each penny of the money — are required before payment reaches survivors, a process likely to extend into mid-October, according to Wilmington attorney Stephen Neuberger, whose firm represented the majority of abuse survivors who had sued the diocese.

“So many of these survivors have been fighting for their entire lifetime for some small bit of justice,” Neuberger said. ” … At least now they can close the book on this chapter of their lives. And they can take a large measure of satisfaction from the fact that what they’ve accomplished in this hasn’t happened in every state.”

With the transfer complete and the plan in effect, the diocese and all of its parishes on Monday were released from any further litigation by those claimants.

Last week, the Oblates of St. Francis de Sales also were released from all pending cases after meeting settlement terms in 39 claims against a dozen of their priests. Two of those cases were filed against the Archdiocese of Philadelphia and are not included in the Wilmington trust fund, but $23.5 million of the $24.8 million settlement will go to the trust.

Still pending — and in mediation — are 16 cases against other religious orders, said Wilmington attorney Mark Reardon, who represents the orders involved in most of those cases.

Nine cases name former Capuchin friar Paul Daleo, the Capuchin order, St. Edmond’s Academy and the Brothers of Holy Cross, who run St. Edmond’s, where Daleo taught from 1978-83, Reardon said. Reardon said he hopes those claims will be resolved before an Oct. 25 trial date set in the case of Wilmington claimant Matthias Conaty.

“It is my daily work and my nightly prayer to have those resolved tomorrow,” Reardon said.

Payment to survivors will be determined by a complex scoring system finalized by retired U.S. Bankruptcy Judge Thomas Rutter.

In addition to the money for the survivors’ trust fund, Flynn said the diocese also has deposited $5 million into a trust fund for lay employees of the diocese as part of its assurances that it will cover future pension payments as required by the approved plan.

Yet to be completed are nonmonetary obligations required by the plan, including release of abuser priest personnel files and appointment of a special arbitrator and a child protection consultant. Deadlines for those requirements were extended by agreement of all parties.

But Monday’s release from bankruptcy is an important day for the diocese, Flynn said.

“It’s a very important day from an operational perspective,” he said. “We have a lot of things to do to implement this plan — and the nonmonetary provisions are an important part of that. So it’s not that the job is over, but the bankruptcy is over. … The cloud has been removed and the diocese can now move toward planning for the future.”