Retired Episcopal Bishop Walter C. Righter, an early defender of gay rights in the church who was accused of heresy when he ordained a gay deacon in 1990, has died. 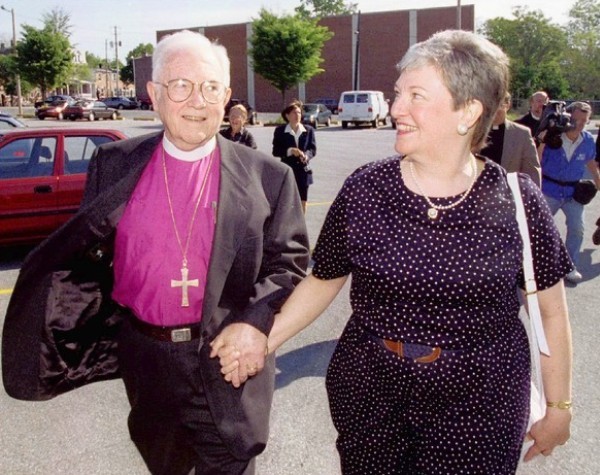 Righter died Sunday at his home in Export, a Pittsburgh suburb, after a long illness, his widow, Nancy, said Monday. He was 87.

The head of the Episcopal Church described Righter as “a faithful and prophetic servant.”

“His ministry will be remembered for his pastoral heart and his steadfast willingness to help the church move beyond old prejudices into new possibilities,” Presiding Bishop Katharine Jefferts Schori said in a statement.

Righter was born in Philadelphia and served as a priest in Pennsylvania and New Hampshire before becoming a bishop in 1972. He served with the Diocese of Iowa and later became an assistant bishop with the Diocese of Newark, N.J., where he made the decision in 1990 to ordain the Rev. Barry Stopfel, a deacon he knew to be gay.

He was charged with heresy, or false teaching. In 1996, a church court ruled that church doctrine did not explicitly bar the ordination of practicing homosexuals. The ruling averted the first heresy trial of an Episcopal bishop since the 1920s.

In 2003, the church consecrated its first openly gay bishop and authorized bishops to bless same-sex unions. Still, the issue split the church, and the Diocese of South Carolina and two others opposing consecration of gay bishops voted in 2006 to reject the authority of the national church’s presiding bishop.

Righter wrote about his experience in “A Pilgrim’s Way” and said in an online chat through Barnes and Noble Booksellers that his accusers were “irrational,” did not understand “the tides of history” and focused only on their fears.

Jim Naughton, who runs a blog called Episcopal Cafe and is a supporter of the ordination of lesbian and gay Christians in the Episcopal Church, said Righter took a stand knowing it was going to cause him significant personal turmoil.

“Bishop Righter was one of the first people to take a significant risk on behalf of gay and lesbian Christians,” Naughton said. “In ordaining someone, he was kind of crossing a line that hadn’t really been crossed before.”

The Rev. Kendall Harmon, canon theologian of the Diocese of South Carolina, who opposes the ordination of non-celibate homosexuals, said the Righter verdict was a huge moment in church history.

“I certainly appreciate his willingness to own his own theology out in the open,” Harmon said. “He didn’t disavow what he was doing.”

Besides his wife, Righter is survived by four children, four grandchildren and his brother. A funeral service is set for Thursday.