PATRICIA Fresen prefers being quietly subversive to openly confrontational, but the 70-year-old former Dominican nun is like a purple rag to a bull to the Vatican.
She says she is a Catholic woman bishop, properly ordained by a male bishop in the sacrament passed down by laying on hands from the first apostles. The official church says that by that act she ceased to be a Catholic and it has excommunicated her (banned her from the church). 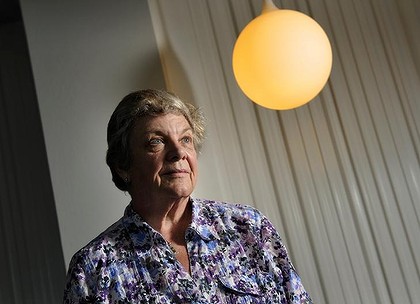 In Australia to speak to progressive Catholic groups, the former South African says apartheid taught her about unjust laws. ”We learnt through people like [Nelson] Mandela and [Archbishop Desmond] Tutu that if you have tried and tried to change unjust laws the only way, in the end, is to break them. An unjust law must not be obeyed but broken.”

She also suggests that she is in plentiful company because, according to church law, vast numbers of Catholics are automatically excommunicated – if they use artificial contraception, if they divorce and remarry without church approval, if they are gay and sexually active.

Roman Catholic WomenPriests was launched in 2002 when an anonymous Catholic bishop ordained seven women secretly on a boat on the Danube. Bishop Fresen was ordained a priest in 2003, a bishop in 2005 and excommunicated in 2007.

Now the group has nearly 200 women priests in North America and Europe, with a toehold in Colombia, plus three male priests. Bishop Fresen suspects they may soon be joined by some Australian women.

Usually, a woman who becomes a priest in her group is already supported by a community. ”I recently travelled down the east coast of the US. When I first saw the communities they were little groups of five, six, or eight; now there are in the hundreds,” Bishop Fresen says.

”Nearly all are people on the fringes of the church, who want to be Catholic but are very critical of some aspects. They are forming churches with much more communitarian structures, much more accountability on the part of the leaders.”

Now based in Germany, Bishop Fresen predicts a time of massive change.
”Benedict, a German Pope, is very unpopular in Germany. He’s become a figure of fun. I think he’s bringing the papacy to a quick end, and I don’t think there will be many more popes elected this way,” she says.

The authoritarian structure based on the Pope and Vatican bureaucracy is collapsing, she says, and soon the Bishop of Rome will be just another Italian bishop. But the church will survive, and she will be a part. ”I am still a Roman Catholic, very much on the edges. They don’t want me, but I’m not going. As [theologian] Hans Kung says, ‘Less Pope, more Jesus.’ ”