A MOTION backing same-sex marriage has been passed by the Tasmanian House of Assembly the first time an Australian parliament has voted for marriage equality for gays and lesbians. 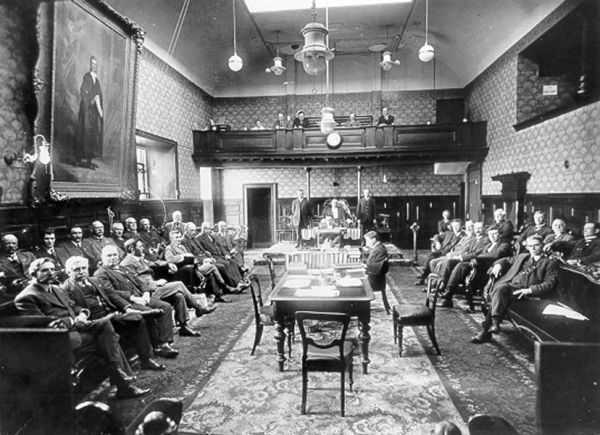 The passage of the motion was greeted with applause from Labor and Green members on the floor of the House and a standing ovation by same-sex marriage activists in the public gallery.

Liberal members voted against the motion.

The debate was watched by a large national audience on the Parliament’s internet broadcast.

“What they heard today was a message of hope. They heard a message of hope coming out of the Tasmanian Parliament that one day gay and lesbian Australians will be treated equally by the law and by the Marriage Act,” he said. “This gives us the momentum and the encouragement to go on and keep fighting.”

Tasmanian Gay and Lesbian Rights Group spokesman Rodney Croome said: “If every state and territory parliament were to do what we have seen in Tasmania today, it would be impossible for the Federal Parliament to continue to resist change. If Tasmania can do this, other states and territories can do it too.”

Catholic Archbishop of Hobart Adrian Doyle expressed disappointment: “Our position on maintaining the current meaning of marriage is well known and the church will continue to lobby both state and federal politicians to ensure the Act is not changed.”

Presbyterian minister Campbell Markham was also unhappy with the result: “Today’s Greens motion is an attack on the basic rights of children.”