A Catholic journal has criticized the Polish church’s handling of sexual abuse by priests, following repeated claims that local church leaders failed to confront the problem.

“The harm caused by sexual molestation of children is unquestionable, but the evil is much greater when pedophilia occurs in the community of faith, and when, in a falsely conceived defense of the church, the authorities hide the facts, conceal the perpetrators and ignore the suffering victims,” the Wiez bimonthly said in an editorial in its August-September edition, dedicated to clergy sexual abuse. 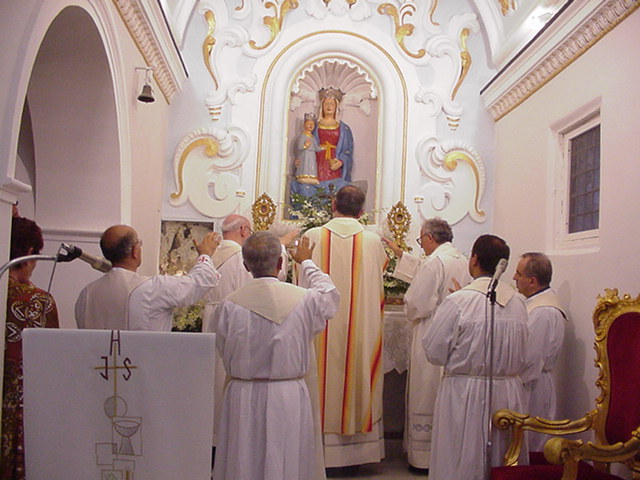 “In Poland, church superiors react in different ways. Sometimes sentences are passed on the quiet against priest-pedophiles in secular courts. Sometimes, everything is consistently denied,” it said.

However, the Catholic archbishop in charge of legal affairs for the Polish bishops’ conference told Wiez abuse accusations were best handled with pastoral care and “appropriate therapy” and said the bishops would not be publishing guidelines on the issue adopted in 2009.

Archbishop Andrzej Dziega of Szczecin-Kamien said he believed Poland’s Catholic bishops had their own “competence and experience” on sexual molestation and would not need a commission — like that established by the church in neighboring Germany — to examine abuse cases.

“The duty to handle cases, appropriately establish the truth and define the scope of responsibility of concrete people lies with the church superior — but this remains an internal church activity and does not replace the competence of the wider judicial process,” he said.

“Personally, I’m in favor of totally separating church and secular procedures, upholding the civic rights that belong to everyone in the state and the rights of believers in the church community,” he said.

Jakub Spiewak, president of the Kidprotect Foundation, which runs a hotline for abuse victims and seven separate child-protection programs, told Catholic News Service Sept. 12 that the Catholic journal’s warnings were “important and unprecedented” and said some bishops had shown “extraordinary laxity” toward abuse cases.

“I’d prefer the church to draw conclusions from the mistakes of others, rather than waiting to make its own, since people will be hurt when it does,” he said.
“But it sometimes seems as if the church is thinking like a child — that if it closes its eyes, the danger will go away,” he added. “People won’t tolerate a situation in which priests are above the law, answering only to their bishops and claiming different rights and duties than other citizens.”

Leading Catholics, including Poland’s children’s rights spokesman, have urged the church to adopt clear procedures for handling various abuse claims since the 2002 resignation of the Archbishop Juliusz Paetz of Poznan for molesting seminarians.
In 2008, a Dominican, Father Marcin Mogielski, was suspended by the church after testifying to prosecutors about abuse by the priest in charge of Catholic schools in the Szczecin-Kamien Archdiocese.

Other cases have involved allowing convicted abusers to remain in their parishes.
Writing in the journal, a Catholic psychologist, Ewa Kusz, said the Polish church lacked psychological checks for its seminarians and priests or “transparent norms” for vetting lay and religious employees and had no policies or norms for handling abuse accusations.

She added that there was a “lack of cooperation between church and state” on abuse issues and said church cooperation with clinical professionals also “left much to be desired.”

Jesuit Father Hans Zollner, co-author of a book on pedophile priests, told Wiez the situation in Poland was comparable to that of Germany before a wave of abuse scandals in 2010, when “cases from the past were partly known about, but the scale of the problem wasn’t understood or dealt with.”

“If the church in Poland doesn’t confront this reality and doesn’t take the bull by the horns, the same thing will happen which we witnessed in the United States, Canada, Ireland, Germany, Austria and recently in Belgium,” the priest said.
“If the church doesn’t know how to react to such situations because it hasn’t bothered to ascertain the facts, its image will suffer much more than if it had said, ‘Yes, we had such cases — they were very painful, but we tackled them.'”