Sex, Celibacy, and Priesthood is a pastoral review of the research, sexual activity, and celibacy among Roman Catholic priests. It features heart-wrenching, anonymous, and candid self-disclosures about the sexual behaviors of heterosexual, gay, and bisexual priests. It explores the meaning of celibacy in accordance with Roman Catholic Church teachings, doctrine, and canon law. It is an honest, raw, and frank study of current perspectives on celibacy in light of priestly sexual behaviors. This new book allows for Roman Catholic priests to speak out in their own voices about their struggles and conflicts between celibacy and their sexual activities. 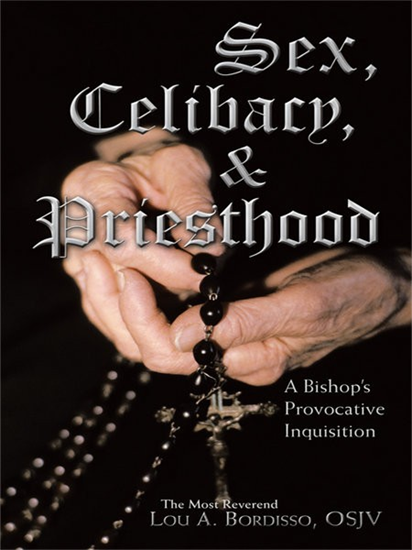 Seminaries, formation teams, religious superiors, pastoral care counselors, spiritual directors, therapists, and anyone fascinated or concerned about the sexual scandals within the rank and file of the Roman Catholic Church will find Sex, Celibacy, and Priesthood a candid and transparent study.

In a time when most people are disgusted with the sexual scandal cover-ups, smokescreens, and a veil of secrecy provided by many Roman Catholic bishops and their apologists, Sex, Celibacy, and Priesthood tells the truth and encourages us to think imaginatively and compassionately about an issue of crucial importance to the Roman Catholic Church at this time in history.

About The Author:
The Most Reverend Lou Bordisso is Bishop Emeritus within the Old Catholic faith tradition serving the Diocese of California, American Catholic Church. He is a religious with the Order of St. John Vianney (OSJV) providing pastoral and spiritual care for both ordained clergy and lay ministers.

Like the vast majority of the clergy in the Old Catholic/Autocephalous tradition, Bishop Bordisso is bi-vocational. Bishop Bordisso has been licensed as a marriage and family therapist for over two decades.

Bishop Bordisso is program host for the public and community access television and online broadcast, “Political Inquisitions” which addresses ethics, morality, spirituality, and politics, interviewing political and community leaders about a variety of distinguished topics.