The St. Louis Archdiocese has paid $467,500 in the past year to nine people who claimed they were sexually abused by six St. Louis-area priests as long ago as the mid-1960s, officials said. 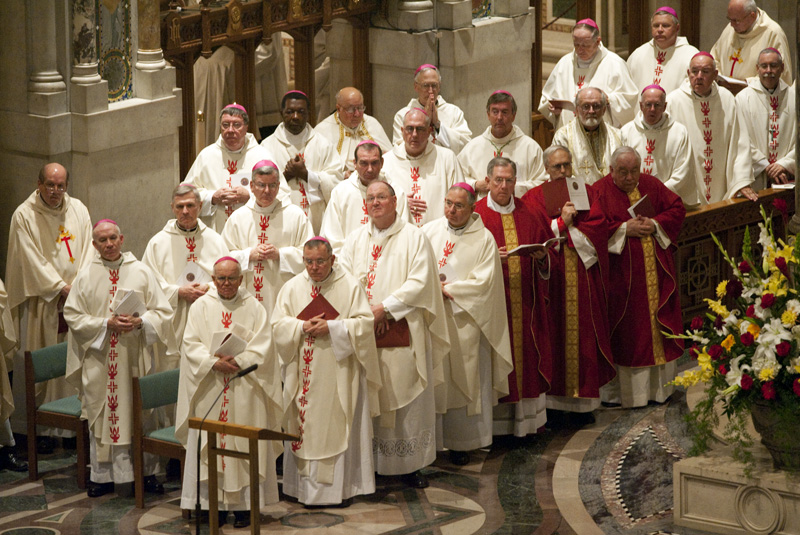 A lawyer for the archdiocese said it has paid $8.2 million to settle 103 sexual abuse claims. About three-quarters of the cash has been paid to accusers who came forward in the past seven years, a period in which abuse by priests – and the Catholic Church’s handling of accusations – rose to a local and national scandal.

The archdiocese confirmed the settlement figures on Monday after a survivors group held a news conference to name five of the priests in the settlements: Robert F. Johnston, James A. Funke, Joseph Lessard, Donald Straub and Michael S. McGrath.

The archdiocese later acknowledged a mediated settlement concerning a sixth priest last year, but did not identify him. There are about 10 complaints still pending resolution, said Bernard Huger, a lawyer for the archdiocese.

Huger said the first three “concessions” have been in effect for years, and the fourth is mandated by law. Ken Chackes, a lawyer for some of the plaintiffs, said it was important to get the archdiocese to commit to keeping them going.

Seven members of the Survivors Network of those Abused by Priests demonstrated outside the Richmond Heights home of McGrath, decrying that none of the five priests are listed in Missouri’s sex-offender database. They distributed pamphlets to neighbors that began, “Your neighbor is a predator!”

McGrath’s mother, Stella, answered the door for a reporter and said her son was not home.

She said his accusers were making up stories “trying to get money from the archdiocese.”

About the leafleting outside, she said, “I don’t think there is anything I can do about it.”
McGrath did not respond to a phone message.

McGrath has been sued by 20 people alleging abuse. He was ordained in 1975, removed from public ministry in 1997 and laicized in 2005. He served in parishes and schools in St. Louis, St. Louis County and St. Charles County.

Funke, a former teacher at Bishop DuBourg High School in St. Louis, pleaded guilty in 1987 to molesting two teenage students and was sentenced to 10 years in prison. He was removed from the priesthood in 2006.

Straub was ordained in 1975 but removed from ministry by St. Louis Archbishop Cardinal John Carberry. He was laicized in 2005.

Church officials have apologized to victims and said Straub admitted allegations of sexual abuse and had been treated before being returned to service.

Johnston, defrocked in 2002, was charged with sodomy in Jefferson County in 2006 for sexually abusing a boy in 1978; the disposition of the criminal case was not clear on Monday.

Lessard admitted to the Post-Dispatch in 2002 that he molested at least 12 boys in three parishes in the 1960s and ’70s, but had been returned to service by Carberry after treatment.

In a statement, then-Archbishop Justin Rigali said reassigning Lessard to new parishes was “inadequate and, by current standards, unacceptable.”

He was never charged with a crime.