When it comes to sex education programs, the Catholic Church is painted as old-fashioned and callous about teen pregnancy and disease. But governments that mandate sex education in the schools are fooling themselves about its effectiveness, the Vatican newspaper said. 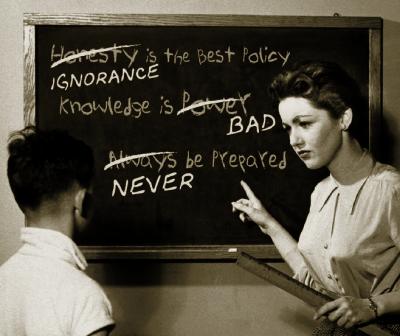 Writing on the front page of L’Osservatore Romano Aug. 30, Lucetta Scaraffia looked specifically at New York City, where students in middle school and high school will be required to attend a semester-long course in sex education.

Scaraffia, a professor of contemporary history at Rome’s La Sapienza University and a frequent contributor to the Vatican newspaper, said that “to avoid religious controversy, chastity will be cited among birth control methods and teachers will have to speak about sex with some caution” in the New York courses.

Still, Archbishop Timothy M. Dolan of New York criticized the mandatory program as usurping the rights of parents to educate their children in line with their beliefs and values, she said.

The situation has been repeated several times, Scaraffia wrote: “The state decides to include compulsory sexual education in schools, and the Catholic Church opposes it, earning the image of an obscurantist force, cruel because of its indifference to the consequences its refusal could have among young people, that is, unwanted pregnancies and disease.”

“It is not clear why public institutions in the West continue to have such magical trust in the effectiveness of sex education,” especially when young people in those countries continue to have precocious, unprotected sex, leading to an increase of disease, pregnancy and abortion, she said.

In Italy, where there is no mandatory sex ed in school, there is a low risk of teen pregnancy and sexually transmitted disease among the young, she said.

“This is thanks to the family, to the loving vigilance of parents over their children, to the fact that kids are not left to themselves with a box of contraceptives as the only defense against their passions and mistakes,” she said.

“It is also thanks to the Catholic Church, which continues to teach that sexual relations are much more than some kind of pleasurable exercise to be practiced in an unbridled and risk-free way,” Scaraffia wrote.

For the Catholic Church, she said, sexual activity is an important part of human and spiritual maturity and properly belongs only to marriage and the formation of a family.

“The church teaches respect for one’s own body, which means giving importance and weight to the acts that are done with it, not just taking into consideration the possibility of enjoyment or narcissistic gratification,” Scaraffia wrote.

Human sexuality is not just another subject to be studied in school, “setting out a few dangers it would be best to avoid,” she said.

The real problem is not that young people do not understand what sex is or how to avoid pregnancy and disease; the real problem is the “breakdown of the first institution of moral education, the family,” she said.