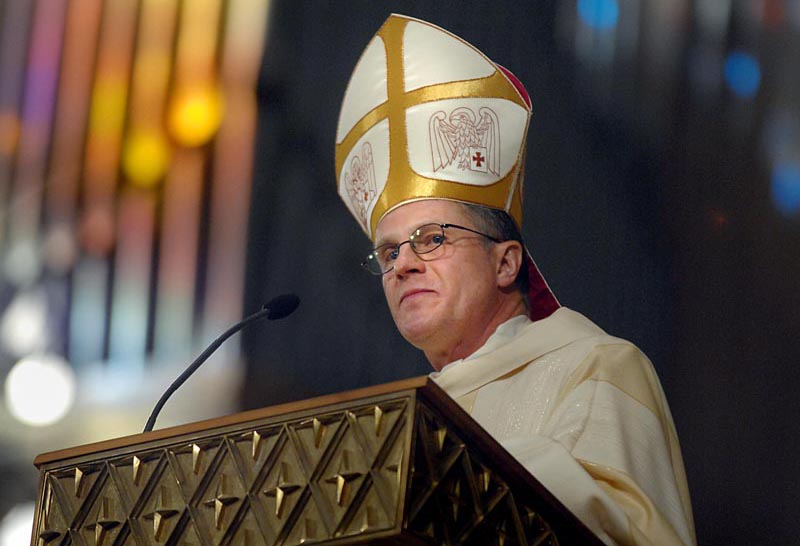 The Holy Trinity chapel at the military school is a Catholic parish, said Taylor Henry, spokesman for Archbishop Timothy Broglio. As such, it will not “perform the sacrament of matrimony for same-sex couples,” since the Catholic Church does not recognize same-sex marriage.

Henry’s remarks were made to CNSNews.com, short for Cybercast News Service, a donation-funded conservative news organization owned by the Media Research Center.

The archbishop’s declaration followed release of two memos from high-ranking Department of Defense staffers, including one from the Pentagon’s chief attorney Jeh Johnson that said decisions for use of properties owned by the military should be “sexual-orientation neutral.”

A companion memo, which was signed by Clifford L. Stanley, defense undersecretary for personnel and readiness, said military chaplains can follow their own religious beliefs when deciding whether or not to perform same-sex weddings.

Whether same-sex weddings are performed will likely depend largely on where a chapel is located, as well. Many states do not recognize same-sex marriages.

The Johnson memo said that “determinations regarding the use of DOD real property and facilities for private functions, including religious and other ceremonies, should be made on a sexual-orientation neutral basis, provided such use is not prohibited by applicable state and local laws.”

It also gave chaplains the ability to “participate in or officiate any private ceremony, whether on or off a military installation, provided that the ceremony is not prohibited by applicable state and local law.”

Archbishop Broglio told the Gannett-owned Navy Times he thinks the new Pentagon policy goes against the federal Defense of Marriage Act and thus should be discounted.

“Undersecretary Stanley cannot say, on the one hand, that chaplains may take part in any private ceremony as long as it is ‘not prohibited by applicable state and local law’ and, on the other, say nothing of the federal law,” Broglio said.

The Navy Times article noted that “the memo from Stanley appeared to address this legal issue by stating that ‘a chaplain’s participation does not constitute an endorsement of the ceremony’ by the Defense Department.”

While Archbishop Broglio has spoken against same-sex marriage, he has spoken more gently of those who would pursue them.

“Those with a homosexual orientation can expect respect and treatment worthy of their human dignity,” Broglio said months ago when the issue was heating up. “The prohibitions regarding sexual harassment and intimidation refer just as much to homosexuals as to anyone else.

“However, unions between individuals of the same gender resembling marriage will not be accepted or blessed by Catholic chaplains. Furthermore, no restrictions or limitations on the teaching of Catholic morality can be accepted. First Amendment rights regarding the free exercise of religion must be respected.”

There were other reactions to the Pentagon memos.

“The guidance issued today strikes the right balance between respecting the faith traditions of chaplains and affording all service members the same rights under current law,” said Aubrey Sarvis, the executive director for the service members Legal Defense Network, in a statement issued Sept. 30 and quoted in the Navy Times article.