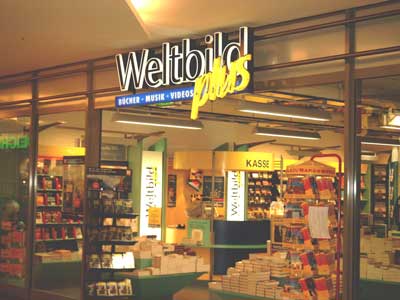 Of course, the Church does not really want to believe that. They stated through a spokesman that “Weltbild tries to prevent the distribution of possibly pornographic content.” They seem to be putting about as much effort into preventing the flow of pornographic materials through their business as they do in preventing child molestation- which is not a lot.

For over ten years, a group of Catholics have been trying to get the Church authorities to pay attention to the fact that there is this hypocrisy going on, and they even sent a 70-page document to all the bishops whose diocese have shared ownership of the company over the last thirty years. They detailed evidence of the sale of this pornography.

It sounds as if the Roman Catholic Church has had little incentive to actually stop the flow of pornography out of their publishing company. Let us face it, if you walk past the Inspirational section at your local Walmart, you tend to notice that the books are not exactly flying off the shelf. Several Bible and Christian oriented book stories have had to go more mainstream over the years because of their inability to sell much in the way of books.