A Roman Catholic order in Quebec was aware of allegations of sexual abuse by brothers in the religious group, according to evidence discovered by Radio-Canada. 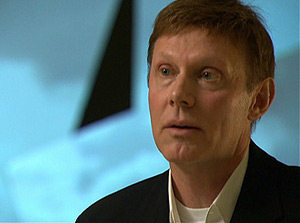 A nine-page document, written by a long-term member of the Order of Holy Cross, chronicles specific allegations of abuse over the years at Montreal’s College Notre Dame. The document lists a dozen Holy Cross brothers from various institutions.

It also outlines how alleged abusers at the order’s flagship private school were not reported to the police and instead were allowed to stay on as teachers or support staff.

The document said in at least one case, the college paid $250,000 to buy the silence of a family that complained.

“Rome was informed and the Superior General asked me for clarification on several cases,” Kennedy said.

He said there was a culture of silence that protected alleged abusers.

“You protect a group. Was it wrong? Yeah, it was wrong,” Kennedy said.

The Order of Holy Cross was responsible for the care and education of thousands of Quebecers over the years. It ran institutions for people with handicaps, halfway houses and private colleges in Montreal and other areas of the province.

Allegations of abuse at College Notre Dame began to surface a couple of years ago. The college is right across the street from the iconic St. Joseph’s Oratory, which was also built by the Order of Holy Cross.

A family has launched a lawsuit against the order and formed a support group.

The order said it won’t comment while the case is still before the courts, but it did issue a statement saying it vigorously condemns all forms of misconduct.