Catholics from both sides of the issue are weighing in on the plan by the Archdiocese of St. Paul and Minneapolis to create ad hoc committees in every Catholic church in Minnesota to push the state’s constitutional same-sex marriage ban. 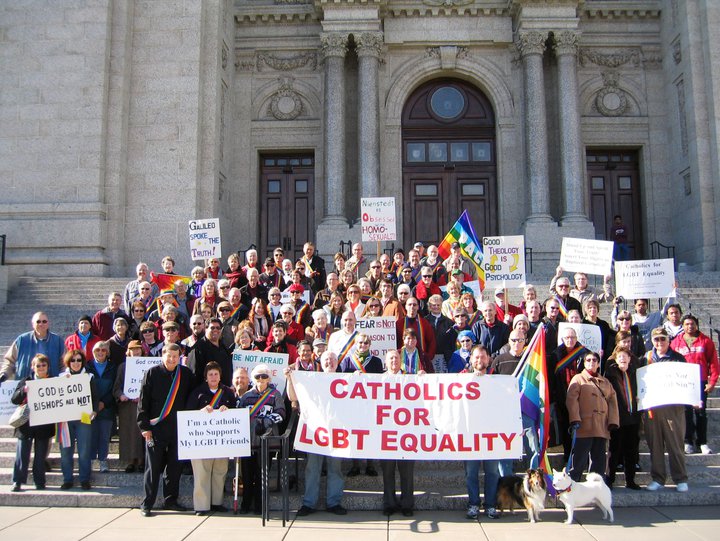 One lay Catholic who works for a church-affiliated organization, who asked not to be identified for fear of losing their job, told the Minnesota Independent that the organized campaign in support of the marriage amendment was “offensive, divisive and against the image of Christ we see in the Gospels.”

“But honestly after the sex abuse scandal and the cover-ups made by the hierarchy, nothing they do shocks me anymore,” the source said. ”After watching the Catholic Church use funds to pay for their lawyers, pay off victims and now shove through this amendment, I’ve decided to withhold my tithe from the church. I do not want to provide them more money to defend themselves or lobby against me and those I love. Instead, I will give that money directly to services in Minnesota that provide food and housing for the poorest among us.”

The move by Archbishop John Nienstedt is out of touch with many lay Catholics, according to a large survey of Catholics released on Monday that showed only 35 percent of Catholics oppose same-sex marriage.

The decision has riled some Catholics who oppose the religion’s opposition to same-sex marriage rights.

“Minnesota bishops have just taken the unusual step of urging parish priests across the state to form committees to help pass the proposed anti-marriage amendment in 2012,” wrote Freedom to Marry, a national group that supports marriage rights for same-sex couples. The group recently registered with the Minnesota Campaign Finance and Public Disclosure Board to work on the campaign to defeat the amendment.

The group continued with an appeal for money: “This isn’t the first time we’ve faced a multi-million dollar campaign funded by the hierarchy of the Catholic Church to ban the freedom to marry. With your help, this time we will be prepared.”

The Rainbow Sash Movement, a national group working to protest the church’s policies on LGBT people, called Nienstedt’s plans an “abuse of authority.”

“Above and beyond all this, Archbishop Nienstedt appears not to have any concern about the unity of the Archdiocese in his drive to stigmatize the gay marriage as threat to society. He is naive if he thinks that Catholics will buckle under his political direction in this,” wrote Bill O’Connor, spokesperson of the Rainbow Sash Movement. “If anything has damaged marriage in our society, one only has to look to divorce. Perhaps this where the Archbishop should put his energies rather than trying impose an interpretation of marriage that is not grounded [in] today’s reality, by making gay people scapegoats.”

Scott Alessi, writing for U.S. Catholic, which is published by a Roman-Catholic community of priests and brothers called the Claretian Missionaries, said Niensted’s decision was “unusual.”

“Nienstedt has made clear that for priests in his archdiocese, fighting to ensure that the state defines marriage in the same way as the church is today’s top priority,” Alessi wrote.

Alessi wondered if anti-gay marriage amendment was the most appropriate use of resources: ”If an archbishop can call upon all his pastors to form grassroots committees, appoint parish leaders, and organize a large-scale effort, is this the issue on which to do it? What if every parish developed an unemployment committee dedicated to helping out of work people in the parish community find jobs?”