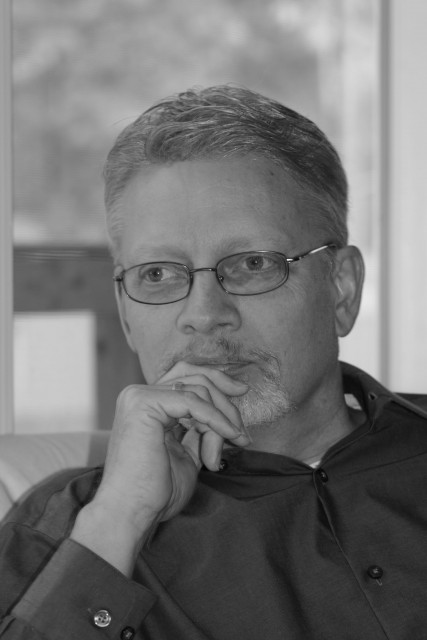 Of all the “ex-gay” ministries this was the most cult-like – with Smid keeping tight control over the social lives of his clients, who paid a pretty penny to live in the residential program.

The amount of mind control employed by Smid to turn gay people into heterosexuals was stunning. In a 1997 interview with the Memphis Flyer, Smid, spoke of his own special technique for denying reality: “I’m looking at that wall and suddenly I say it’s blue,” Smid said, pointing to a yellow wall. “Someone else comes along and says, ‘No, it’s gold.’ But I want to believe that wall is blue. Then God comes along and He says, ‘You’re right, John, [that yellow wall] is blue.’ That’s the help I need. God can help me make that [yellow] wall blue.”

This high level of brainwashing was not uncommon for Love in Action’s star clients. For example, Anne Paulk, co-author of Love Won Out, wrote about the mind games she played to allegedly overcome her lesbian thoughts: “…I would start to experience a sexual response…So I’d look out the car window and say something like, ‘Gosh, lord, there’ a tree out there! That tree is green, and it has leaves on it. It’s got brown bark.’ I would fix my mind on anything and everything to distract myself…over time that process made me mentally disciplined enough to displace all lesbian thoughts, period.” (I photographed her “ex-gay” poster boy husband John in a gay bar)

Of course, such techniques can temporarily instill discipline to change sexual behavior – but not one’s sexual orientation. In a stunning admission this week, Smid said that altering one’s attractions are highly improbable – indeed so unlikely that he claims that he has not met a single man who truly prayed away the gay. According to Smid:

Yes, there are homosexuals that make dramatic changes in their lives as they walk through the transformation process with Jesus. I have heard story after story of changes that have occurred as men and women find the grace of God in their lives as homosexual people. But, I’m sorry, this transformation process may not meet the expectations of many Christians. I also want to reiterate here that the transformation for the vast majority of homosexuals will not include a change of sexual orientation. Actually I’ve never met a man who experienced a change from homosexual to heterosexual.

Wow. If the “ex-gay” myth did not work for Smid, then it won’t work for anyone. After all, he had incredible dedication, adhered to a hardcore form of fundamentalism, and enforced a strict cult-like regimen on his charges. Yet, years later, he is faced with the daunting reality that “ex-gay” programs are a Religious Right marketing program, not a legitimate movement.

Needless to say, leaving the past completely behind is not easy. Smid is still married to his wife and on a journey to discover his inner-truth. He has one foot in the reality-based community and one foot in a fantasy world. But the first step in leaving the “ex-gay” charade behind is admitting that the programs do not work.

It is never easy for one to acknowledge being wrong, especially after decades of investing mentally, spiritually and financially in a big lie. I wish Smid the best of luck on his continued evolution and am grateful that he is beginning to honestly discuss the limitations of “ex-gay” programs.

Smid’s timing is exquisite because desperate GOP presidential candidates are pandering to the Religious Right by touting the “ex-gay” myth. For example, on ABC’s The View Herman Cain said that he thought homosexuality was a “choice.” The ever-gay-bashing Rick Santorum also jumped on the “ex-gay” bandwagon falsely claiming there is credible evidence that say LGBT people can change from gay to straight: “There are all sorts of studies out there that suggest just the contrary,” Santorum stated. “And there are people who were gay, and lived the gay lifestyle, and aren’t anymore.”

Additionally, there are junk science peddlers such as Regent University’s Mark Yarhouse who produces bogus studies that claim that sexual orientation change is possible. I strongly suggest these crass political operatives stop the propaganda long enough to listen to Smid.

But, of course, that would require putting peoples’ lives ahead of political lies – so don’t expect this to happen anytime soon.