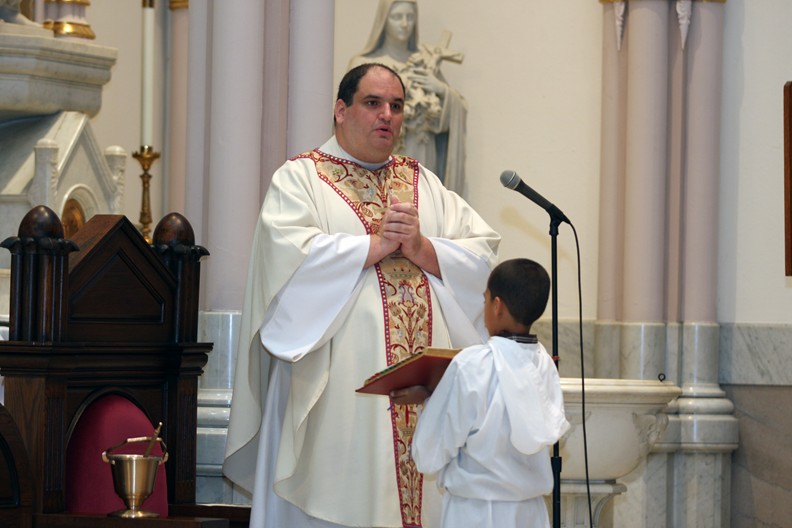 The Rev. William G. Ayres, who was ordained in 1999 and served at St. Katharine Drexel parish in Chester from 2002 to 2003 is being sued by an unidentified Philadelphia man for allegedly abusing him when he was an altar boy.

The abuse allegedly occurred from 1996 through 1999 at Incarnation of Our Lord parish in Philadelphia when Ayres was based there in the summer months as a seminarian according to attorney Jeff Anderson of St. Paul, Minn. who is co-counsel with Don Monahan of Chester County and Marci Hamilton of Bucks County. Ayres also served at Incarnation from 1999 to 2002.

Last November Ayres, who was then pastor at St. Michael Church in Philadelphia, was relieved of his ministerial duties after he was accused of sexually abusing a minor in the mid-1990s, according to archdiocesan officials. Ayres is now in residence at Villa St. Joseph in Darby, a retirement home for archdiocesan priests. He has agreed to refrain from his priestly duties until an investigation is completed, according to archdiocesan officials who have reported the allegation to civil authorities.

Ayres, who was coordinator of the archdiocese’s Laotian Apostolate from 2001 to 2003, also served in the Archdiocese of Philadelphia’s Office of Pastoral Care of Migrants & Refugees from 2003 to 2007.