“There are historical examples which show that the missionary testimony of a “non-worldly” Church emerges more clearly. Freed from its burdens and from material and political privileges, the Church can dedicate itself more fully and in a truly Christian way to the world; it can truly be open to the world. It can live with more fluency again its call to the ministry of worshipping God and serving others”: this is somewhat surprising appeal launched by Pope Benedict XVI in Fribourg, at the end of his recent trip to Germany. 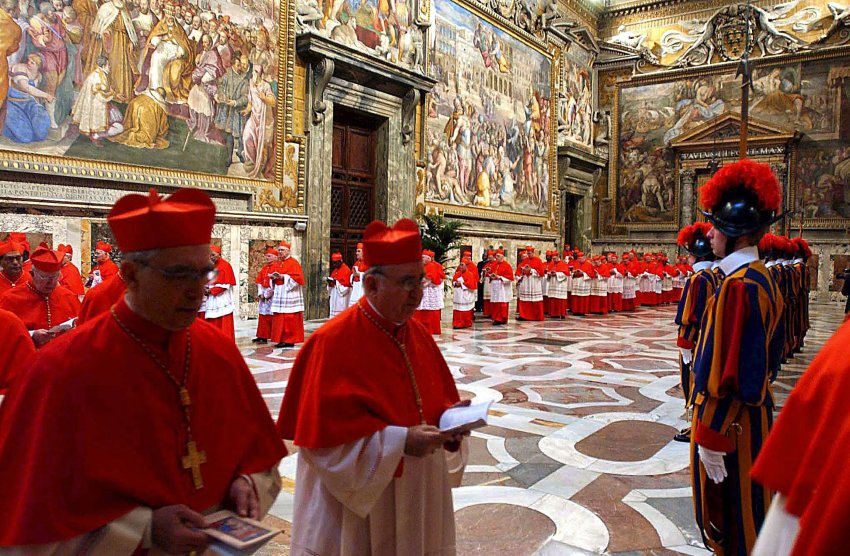 Words that have profoundly affected Roman Catholics, and not just German ones, and that probably will continue to cause discussion and reflection for months to come.

The Vatican correspondent Sandro Magister summed up the issues raised by Pope Ratzinger’s speech: “Before his third trip to his homeland, Benedict XVI had never put such strong emphasis on the ideal of a Church poor in structures, wealth, power. At the same time, however, he has also insisted on the duty of a vigorous ‘public presence’ of this same Church. Are the two things compatible?”

Vatican Insider asked church historian Daniele Menozzi, professor at the Scuola Normale of Pisa, where the pope’s appeal to a “non-worldly” Church comes from – and what impact could it have on its present and future.

What – if any – are the historical precedents of the Pope’s appeal?

The invitation to the Church to free itself from the “material and political burdens” in order to rediscover the authenticity of her spiritual message, is linked to a very long tradition. Benedict XVI summed up his intervention by recalling the need for a “purification and inner reform” of the Church. Frequently in the bi-millenial history of Catholicism, voices have emerged from within the church community, denouncing a “deformation”, and calling for her to return to a purer “form”.

To which Church do they wish to “go back” when making these appeals?

Typically, these appeals have been based on concrete models of historical reference, in particular the calls have harked back to the “Ecclesiae primitivae forma” (the early Church, ed). In Ratzinger’s speech, instead, he makes an analogy between the worldly poverty of the Church and the tribe of Levi. This Old-Testament paradigm is rather vague: it gives the impression of a literary, rhetorical reference more than of a line of effective intervention.

The search for a link between the spiritual renewal of the Church and the recovery of its missionary capacity spans many seasons of Church history. Just think of the debates leading to the Gregorian reform of the eleventh century, or the Catholic reform movement that precedes and accompanies the Protestant Reformation and the Council of Trent, to then become inextricably intertwined with the counter-Reformation’s proposals. In more recent times, some members of the current that would later be condemned in 1907 as the modernist heresy – one may recall for instance the novel The Saint, by Fogazzaro – formulated the belief that dialogue with the modern world passed through a spiritualization of the ecclesiastical institution. But perhaps the most immediate precedent is the hope for a “Church of the poor” that a group of Council fathers, in the wake of some aspects of Johannine teaching, launched during Vatican II, going so far as to define elements of structural reform of the ecclesiastical institution.

How successful have these impulses been in the past?

Every moment has its irreducible specificity. Results have varied but I think you can make two general observations. First, the appeal to spiritualize the Catholic presence in history has been effective when it has been made by the heads of ecclesiastical government. The case of the “Church of the poor” is significant: Paul VI entrusts the study of this theme to a committee that later submitts to him some specific suggestions, but he doesn’t welcome their proposal and so it sinks. Second, the success is linked to institutional changes: the missionary thrust of the post-Tridentine Church was founded on establishing religious orders whose initial intent was to reject any worldly inducement, to devote themselves to the salvation of men and the glory of God.

For the pope, “history comes to the help of the Church through the various epochs of secularization, which have contributed in an essential way to its purification and internal reform. The secularisations, in fact – whether the expropriation of Church property or the cancellation of privileges or anything like that – every time meant a profound liberation of the Church from worldly forms of life: she is stripped, so to speak, of her earthly riches and goes back to fully embracing her poverty on earth. ” Is this recognition is a turning point?

The Pope’s address is ambiguous. On the one hand – while using the term “secularization” in a very surprising way, to indicate also the worldliness of the Church – he is taking, compared to his predecessor, a major step: instead of equating secularization with secularism, and therefore judging it fundamentally antithetical to Catholicism, it is being brought back, as it was in the teaching of Paul VI, to its social and political dimensions, and in this context, reread in a providential key. On the other hand, however, this providentialist interpretation of secularization – a sort of divine intervention in history to purify the Church from imperfections and falls – deprives the phenomenon of its real historical significance, preventing one from grasping that through it, man has conquered, to the detriment of directives given by the Magisterium, the self-determination of institutions of the political community.

The Holy See is engaged in a difficult dialogue with the Lefebvrists who say they want the Church to return to the ‘truth’ lost by Vatican II. But the history of the Church which they have in mind seems different from that of Ratzinger …

For the schismatic community, the structures that the Church has taken on in the past two centuries in antithesis to the society that emerged from the French Revolution constitute an indispensable part of Catholic tradition. Among these structures there is also recourse to the coercive power of civil law to enforce the practice of truth: their opposition to the right to religious freedom is the most obvious sign of this. In Benedict XVI’s view, the Catholic presence in the modern world is possible without a confessional state, but civil law cannot but recognize those rights that belong to man’s nature as a divine creature. Differences exist, but they are less profound than might at first appear.

Could the speech at Freiburg be read as a keynote of a ‘second phase’ of his pontificate?

In recent years, Benedict XVI has identified as an aspect of the Church’s presence in the contemporary world the construction of a neo-Christianity, in which it is for the Papacy, the custodian and interpreter of natural law, to define the fundamental structures of the human consortium. It does not seem that the appeal to the Church and freeing herself from claims of power entail a revision of his governing program. The very vagueness of the call seems to indicate that he does not intend to take that route. It seems to me, rather, that the Pope wants to encourage believers to operate in the world with complete detachment from worldly things. Of course we cannot underestimate this request to correct deviations and abuses, some of which the Pope himself has denounced. However, this line does not call into question the central claim of Ratzinger’s papacy: attributing to the Church the authority to establish, at a universal level, the correct forms of human coexistence. It seems, on the contrary, aimed at strengthening the Church’s capacity to attract and take hold, freeing her from those aspects of moral unworthiness of its protagonists who tarnish her image.