The Vatican has ordered an inquiry into decades of sexual abuse by clerics at a Benedictine abbey in London, whose former head monk has disappeared while facing allegations of sexual assault. 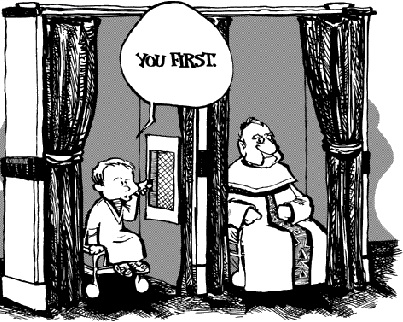 Ealing Abbey runs St. Benedict’s School, a private Catholic institution whose former pupils have made allegations of abuse dating back to the 1960s.

A former headmaster, Father David Pearce, was jailed in 2009 for abusing boys at the school over a 35-year period. He was dubbed the “devil in a dog collar” by one of his victims.

Father Laurence Soper, who was abbot of Ealing between 1991 and 2000, was arrested last year on suspicion of sexual assault. He is the subject of an international manhunt after jumping bail in March.

The Vatican confirmed Tuesday it had launched an investigation, known as an apostolic visitation.

Bishop John Arnold and the Right Rev. Richard Yeo, president of the English Benedictine Congregation, visited Ealing Abbey last month as part of the Vatican inquiry, according to Eddie Tulasiewicz, spokesman for the Catholic diocese of Westminster.

St. Benedict’s School is holding its own inquiry into the scandal, led by lawyer Lord Carlile, and his report is due to be published soon.

Ealing’s current abbot, Martin Shipperlee, said earlier this month that in March, Soper “left the monastery in Rome where he had been living to travel to London for an appointment with the police.”

“Unfortunately he failed to keep that appointment and we have heard nothing from him since and all efforts to contact him have been without success,” Shipperlee said in a statement.

The wide-ranging clergy abuse scandal has shaken the Catholic church, from the Vatican to parishes around the world. Thousands of victims have spoken out about priests who molested children, bishops who covered up for them and Vatican officials who turned a blind eye to the problem for decades.

Britain, where Catholics make up about 10 percent of the population, has been less traumatized than neighboring Ireland, a once-devoutly Catholic nation whose faith has been profoundly shaken by the scale of the abuse. There, judge-led investigations have revealed how tens of thousands of children suffered repeated abuses in workhouse-style residential schools.