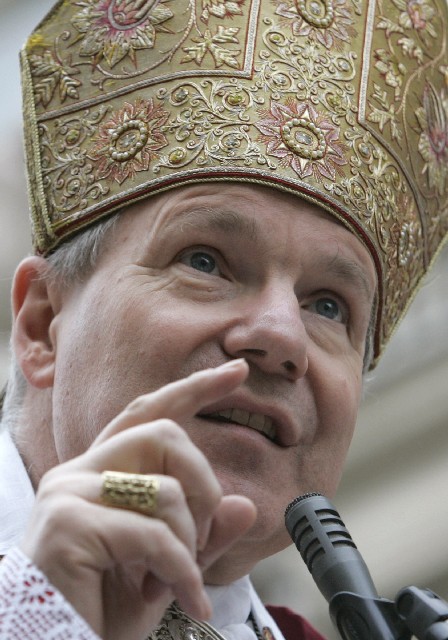 Two recent reports from Austria show clearly that the Catholic rebellion is gathering strength: survey research shows that two thirds of the country’s priests support calls for urgent reform, and that lay Catholics have announced plans to ignore Church rules that restrict the celebration of Mass to ordained priests. Instead, they will conduct worship and communion themselves where priests are not available. Meanwhile, in Australia, a separate story from Melbourne illustrates how on a much smaller scale, Catholics elsewhere are also willing to defy episcopal control.

Survey: Two Thirds of Austrian Priests Back Priests’ Reform Initiative.
When the Austrian Priests’ dramatic “Call to disobedience” hit the news back in June, there was some uncertainty over just how much support they had. We now have a reliable estimate by a reputable, professional research organization. GfK was commissioned by national broadcaster ORF to check how many priests support the group’s ideas. The answer is remarkable:

Detailed figures show that many of those in support were in favour of debating the various points in detail. Around one in three of Austria’s priests are “radical reformers”, according to researchers while four in 10 could be considered as “moderate reformers”.
-Austrian Independent

It’s worth recalling, here, just how far-reaching the proposals are. They want to see women admitted to the priesthood, an end to compulsory celibacy for priests, and for priests to distribute communion to people who have been divorced and remarried. In themselves, these calls are not too extraordinary: many progressive Catholics around the world would agree with the aims. This initiative though, goes well beyond simply pleading for a change in the rules. It is explicitly framed as a “call to disobedience”, and instead urges that where there is a shortage of priests resulting from the continued refusal to ordain women and married men, priests should in effect embark on a work to rule, leaving lay people to fill the gap if necessary, by saying Mass for themselves. They also urge that in the absence of a change in the rules on communion, priests should simply disregard them.

Austrian Lay Catholics Prepare for DIY Mass
In a parallel move, lay Catholics who met over the weekend announced plans to do precisely as the priests’ initiative has urged: for lay people fill the gap in parishes where no priest is available. In support of the plan, they claim that they are placing God’s word in the Bible ahead of mere Church rules.

A manifesto adopted by dozens of activists at the weekend said lay people will preach, consecrate and distribute communion in priestless parishes, said Hans Peter Hurka, head of the group We Are Church.
“Church law bans this. The question is, can Church law overrule the Bible? We are of the opinion, based on findings from the Second Vatican Council, that this (ban) is not possible,” he said Monday.
-Reuters

Austria’s bishops are themselves meeting in a four day session this week. Responding to this will present them with a major challenge. Already, the church is losing members at an alarming rate – last year, over 87 000 Austrian Catholics formally left the Church, an increase of 63% over 2009. The proportion of Austrians who are Catholic is down to just 65%, compared with 89% in 1951. Research earlier this year showed that many of the remaining Catholics admit that they attend Mass only infrequently, and have little or no trust in the Church hiearachy.

Together with the decline in numbers, will go a decline in revenue. Churches in Austria are funded by the state, in proportion to their signed up members. In 2009, the Church got 395 million euros from the state. To compound further the loss of revenue, an increasing proportion of those funds are being used to pay compensation to the victims of abuse.

The overwhelming majority of Austrians support the priests’ initiative. Attempts by the bishops to stifle it will simply alienate still further an already disaffected Catholic population. Accommodating them, however, is beyond their power, as the rules in question are set by the Vatican, not by national bishops.

DIY Catholicism, elsewhere.
Austria is not unique in facing these conflicts: Dominicans in the Netherlands proposed priestless Mass back in 2007, but were warned by their order not to slide into schism. In country after country, the majority of Catholics do not agree with Vatican rules on sexuality, or on the rules for priestly ordination, or many other matters of church discipline. What sets the Austrians apart, is not the simple desire for reform, but the willingness by laypeople and priests to move ahead on implementing reforms without waiting for institutional approval. On a smaller scale, we have seen this kind of DIY Catholicism elsewhere as well – as in the example of the womenpriests’ movement, and in a handful of parishes which are already hosting their own Masses, independently of episcopal control.

The latest example could be that of a parish in South Melbourne, Australia.
Having been told he must retire, Father Bob McGuire calls for public support in helping him stay on as Parish Priest in South Melbourne, saying ‘we’re like Occupy the Church’.
Despite wanting to stay on and continue his work, Father Bob McGuire has been told by Melbourne Archbishop Denis Hart that his tenure as Parish Priest at Saint Peter and Paul’s Parish will end early next year.
The priest, named in July as Victorian of the Year, says he’s concerned that he won’t be able to continue his work with the local community.
“If it was me I wouldn’t give a rats, but it’s not me – it’s us, it’s the village and it’s the church in the village,” says Father Bob.
– ABC, Melbourne

I don’t know too much about the detail of Fr Bob and South Melbourne, but my impression is that there are strong similarities with the case of St Mary’s, Brisbane, and several parishes in the US, where bishops mistakenly thought they could simply silence troublesome priests in the accustomed way, by episcopal decree – and found instead that the congregations themselves chose to relocate to independent premises, with their preferred priest or with none, rather than submit meekly to the unwanted exercise of naked church power.

The Austrian rebellion is not going away any time soon – and may well expand further afield.