A Roman Catholic priest who has been serving as pastor of a Jermyn parish has been removed from the ministry after the Diocese of Scranton received allegations of sexual misconduct with a minor more than a decade ago, diocesan officials said Tuesday. 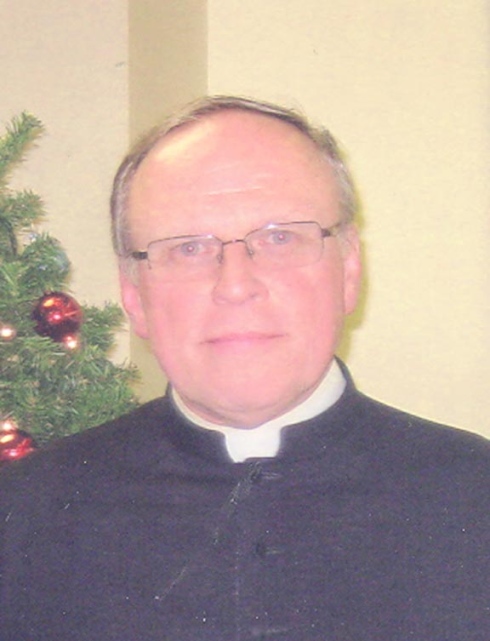 The Rev. Thomas P. Shoback, who was pastor at Sacred Hearts of Jesus and Mary since 2006, also is barred from exercising his priestly duties in the diocese pending an investigation into the allegation, according to a news release.

Diocesan officials said they learned of the allegations on Monday, but did not say from whom.

The abuse reportedly happened between February 1989 and July 1997, when the Rev. Shoback was pastor of St. Mary and St. Andrew churches in Blossburg, Tioga County, diocesan spokesman William Genello said.

“Whatever further steps we will take will depend on the outcome of the investigation,” Mr. Genello said. “This is the beginning of the process.”

A new pastor or administrator will be appointed to the Jermyn parish, Mr. Genello said.

The incident is reported to have happened when the accuser, now an adult, was a minor, according to the release.

The diocese reported it to the Tioga County District Attorney’s office.

The Rev. Shoback, a Pittston native, was ordained in 1977.

Mr. Genello did not believe the diocese had received any other sexual abuse allegations about the Rev. Shoback.

Immediately prior to his Jermyn assignment, the Rev. Shoback was pastor at the individual and combined Sacred Heart Church in Plains Twp. and St. Joseph’s Church in Plains Twp.’s Hudson section, and at Holy Redeemer Church in the Harding section of Exeter Twp. He served on the faculty at the former Bishop Hoban High School in Wilkes-Barre.

The Rev. Shoback also was pastor of Our Lady of Lourdes in Montoursville, Lycoming County and an assistant pastor at St. Joseph’s Church, Hazleton; Nativity of the Blessed Virgin Mary Church, Plymouth; and St. Matthew’s, East Stroudsburg.

His brother Edward was defrocked by the Vatican in July 2009 on charges of alleged sexual misconduct with minors.

Edward Shoback, who was an active priest in the Scranton Diocese from 1967 through 2004, served at St. Ann Parish in Shohola, St. Stephen’s Church in Plymouth, Holy Rosary in Ashley, St. Aloysius Church in Wilkes-Barre, St. John Nepomucene in Luzerne, Transfiguration Church in West Hazleton and Ss. Peter and Paul Church in Scranton, and was director of religious education at the former Bishop O’Reilly High School in Kingston.