“There ought not be open dissension on this issue,” is the message the Catholic hierarchy is telling priests in Minnesota — “this issue” being same-sex marriage. 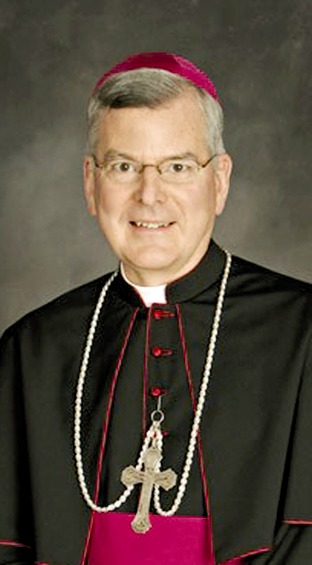 In a private speech to Minnesota’s priests last October, Archbishop John C. Nienstedt said that any priest who disagreed with the church’s efforts to place a constitutional ban on marriage for same-sex couples should remain silent. Any disagreements should be brought to him personally, he said. The Catholic Church in Minnesota has been a driving force for the anti-same-sex-marriage amendment since it passed onto the 2012 ballot last May.

Nienstedt later sent the text of that speech to priests who were unable to participate in the gathering. Someone in the church recently leaked the text to the Progressive Catholic Voice, a group working for reform within the church. On Thursday, PCV published statements condemning Nienstedt’s speech.

In the speech, Nienstedt told the priests he expects participation in getting the amendment passed from everyone within the church:

It is my expectation that all the priests and deacons in this Archdiocese will support this venture and cooperate with us in the important efforts that lie ahead. The gravity of this struggle, and the radical consequences of inaction propels me to place a solemn charge upon you all — on your ordination day, you made a promise to promote and defend all that the Church teaches. I call upon that promise in this effort to defend marriage. There ought not be open dissension on this issue. If any have personal reservations, I do not wish that they be shared publicly. If anyone believes in conscience that he cannot cooperate, I want him to contact me directly and I will plan to respond personally.

Nienstedt also noted that he’s created teams of “a priest and a married couple” to go into Catholic schools to talk about the amendment.

In a public statement, various members of Progressive Catholic Voice said the Archbishop’s direction is unbelievable.

“When I first read this letter I couldn’t believe that the Archbishop was telling priests and deacons to be silent if they were opposed to the marriage amendment,” said Paula Ruddy, parishioner at Minneapolis’ St. Boniface. “Is one’s position on whether the State constitution should be amended a matter of Church doctrine? How are Catholics to form their consciences if their pastors are not candid with them?”

Ruddy is also a member of the editorial board of the Progressive Catholic Voice.

“The Archbishop’s letter is problematic in many ways,” he said. “As a gay man, I find it particularly offensive that he can’t even bring himself to name gay and lesbian people. We’re simply a ‘minority’ seemingly out to destroy the church and civilization. Such an absurd caricature would be funny if not for the hurtful and damaging consequences to individuals, couples and families resulting from the Archbishop’s anti-marriage equality activism.”

Minnesota’s Catholic hierarchy has come under intense scrutiny over its support for the anti-gay constitutional amendment.

In the run-up to the 2010 gubernatorial election, the church sent out approximately 400,000 DVDs and mailings urging Catholics to vote for Republican Tom Emmer, the only candidate in the race who opposed marriage equality for same-sex couples and a staunch Catholic.

The campaign, paid for by an anonymous donor and produced by the Knight of Columbus, sparked protests against the church.