Angry scenes erupted inside an Ottawa courthouse Wednesday after a Catholic bishop with an addiction to Internet pornography walked free despite admitting to possessing images of naked boys wearing rosary beads and crucifixes. 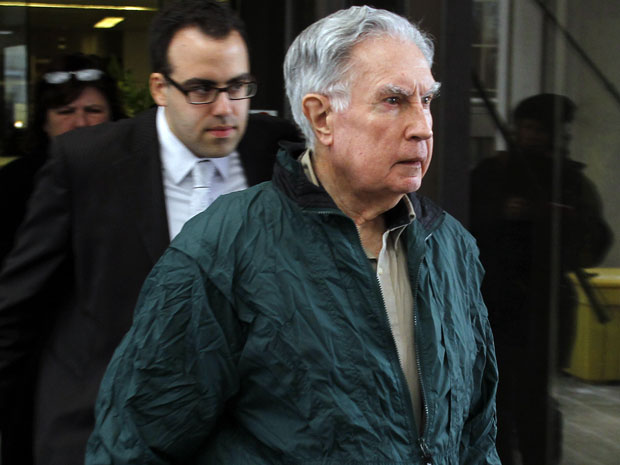 Ontario Court Justice Kent Kirkland sentenced Raymond Lahey to 15 months in jail Wednesday, time that he will be credited with already having served, prompting an outburst from one man in the court.

“You’re not a pedophile, you’re a demon, you f–king idiot,” the man yelled at Lahey.

“I’m a survivor, I got to live with it. He’s a f–king demon!” the man shouted, as the judge called for security.

Lahey, who once negotiated a $13-million settlement for victims of child sex abuse by priests as the bishop of Antigonish, N.S., pleaded guilty in May to possession of child pornography for the purpose of importation.

However a leading children’s rights activist said Wednesday that the 15-month sentence did not reflect the seriousness of the crime.

“These are real children in these images,” she said from Winnipeg. “They are not drawings. If you look at this sentencing from the perspective of the victims — the children in those images he had — there is a real disconnect between the crime and it ramifications on young lives.

“If the children in those images could have stood in the court room perhaps the sentence would have been tougher.

“No one would be making child pornography if there wasn’t demand and what people like Lahey do is create the demand”, Ms Proger said.