Jacqueline G. Wexler, a former Roman Catholic nun who fought the Vatican’s authority and won, then found herself on the other side of the barricades when she became president of Hunter College in 1970, facing student demonstrators storming her office, died on Thursday in Orlando, Fla. She was 85.
Enlarge This Image

Her death was confirmed by her daughter, Wendy Wexler Branton. 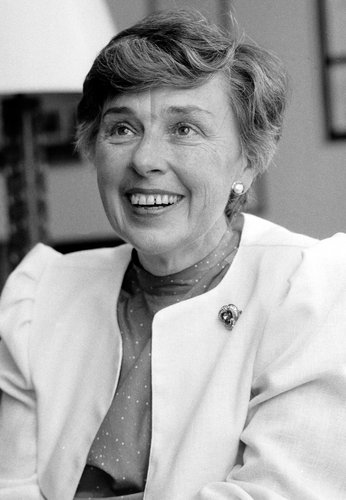 While still a nun and battling the church on many issues, Ms. Wexler drew nationwide attention as a bellwether of the liberal reforms of the Second Vatican Council. She fought successfully against church control of Webster College, the small Catholic women’s college near St. Louis that she headed in the 1960s. She advocated greater participation by women in church leadership and criticized the church’s ban on birth control.

Archbishop Fulton J. Sheen, the Catholic televangelist, referred to her as a “Benedict Arnold” in 1967, the year she won autonomy for Webster and simultaneously renounced her vows. Dick Cavett had her as a guest on his late-night TV talk show.

Ms. Wexler’s appointment in 1970 as president of Hunter, one of 11 colleges in the City University of New York system, coincided with a turbulent year in its history. Students, roiled by a combination of antiwar politics and local tensions caused by rising fees and a new university-wide open admissions policy, held demonstrations that shut down the campus repeatedly that spring.

Protesters blocked building entrances and elevators, forcing others to use emergency doors and stairways. Ms. Wexler, refusing at first to call the police, waded into angry crowds to talk, only to be shouted down. Barricaded in her office several times, she finally called the police.

A reporter for The New York Times was in the president’s office one afternoon that April when the phones rang, bringing news that students had blocked elevators and entrances for the second time that month.

Outside her window, protesters chanted in rhyme, accusing her of colluding with “pigs,” the epithet they used for the police.

Ms. Wexler said that if anything had prepared her for the turmoil, it was having been a lightning rod for condemnation by conservatives in the church.

“Zealotry is the enemy,” she said, adding: “The far right called you every name, from daughter to Beelzebub on, and you learned to take it.”

She was born Jean Grennan on Aug. 2, 1926, the youngest of four children of Edward and Florence Grennan, who owned a small farm in Sterling, Ill. She later took the name Jacqueline in honor of an older brother, Jack, who died of a brain tumor at 21.

After graduating from Webster College, she entered the order of the Sisters of Loretto in 1949, and taught high school math and English in St. Louis and El Paso, Tex. She received her master’s in English from the University of Notre Dame in 1957, and returned to Webster in 1959 as an instructor and administrator.

Sister J., as she was known, was named president of Webster in 1965. She began initiatives aimed at raising educational standards and halting declining enrollment, then common among Catholic women’s colleges.

Sister J. made institutional separation from the church her first priority. “The very nature of higher education is opposed to juridical control by the church,” she said at the time.

She also led the transition to co-education, built new facilities, and started a social-justice program that sent students to work in the poorest neighborhoods of St. Louis, attracting the attention of the Kennedy administration.

She was appointed to the president’s advisory panel on research and development in education and to the original steering committee that developed Project Head Start, the federal program for low-income children.

After several years of well-publicized jousting with Sister J., the Vatican, in 1967, granted the Sisters of Loretto permission to put Webster under the control of an independent, secular board of trustees. It was one of the first Catholic colleges to cut its ties to the church. Asked for his reaction, Archbishop Sheen replied to a reporter: “No comment. I am more interested in Nathan Hales than Benedict Arnolds.”

In 1969, the former Sister Jacqueline married Paul Wexler, a record company executive, and adopted his two children, Wayne and Wendy. Besides Ms. Wexler Branton, Ms. Wexler is survived by her husband and son, as well as four grandchildren, two great-grandchildren and two sisters.

Ms. Wexler was known as a calming presence at Hunter. She led it through the rocky early 1970s and helped make it the city university’s premier center for health care education. Before stepping down in 1979, she brought Bellevue Hospital’s nursing school into the college, expanded health care training, raised money to start a gerontology program in the school of social work and inaugurated a women’s studies program.

From 1982 until 1990, she was president of the National Conference of Christians and Jews.

After receiving an honorary degree from her alma mater, now Webster University, in 2007, Ms. Wexler, then 81, was given a tour of the campus by the president accompanied by a reporter for The St. Louis Post-Dispatch.

Many buildings had been added since she left. She was eager to see them all, the newspaper said, and seemed to grow impatient when the elevator in one building was slow to arrive.

Whether out of eagerness or habit forged in the crucible of 1970, Ms. Wexler proceeded to the stairs.