A Towson priest has been removed from duty at the Church of the Immaculate Conception after being arrested last week on indecent exposure charges. 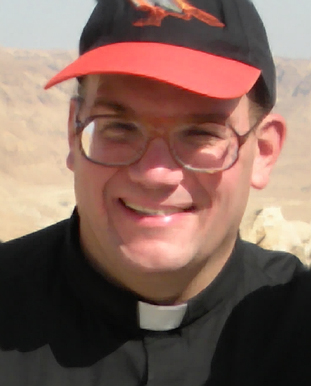 According to a police report of the incident, Mark Stewart Bullock, 47, was at Bush River Books & Movies, an Abingdon adult store on the 3900 block of Pulaski Highway, the night of Jan. 16, when two deputies, investigating complaints of indecent exposure, discovered him nude from the waist down in a movie theater inside the shop.

Bullock was sitting on a couch with “his pants completely off,” stated the report, which went on to state that “Bullock was not wearing any underwear and [was] exposing his penis.” He was sitting in a public area where store customers could see him, sheriff’s deputies said.

The deputies instructed Bullock to get dressed and charged him with indecent exposure, a misdemeanor that carries a maximum fine of $1,000 and three years in prison, police said.

Bullock could not be reached Sunday. A court date is set for March 6.

In a letter to parishioners, Rev. Joseph Barr said the Baltimore Archdiocese removed Bullock’s “faculties to function as a priest and initiated an investigation to learn more about the incident” as soon as officials were made aware of the arrest.

Bullock has been ordered to undergo a psychological evaluation, and he is no longer allowed to celebrate Mass publicly or to present himself as a priest, the letter said. The removal from the ministry is indefinite, it added.

“He will no longer reside at the parish rectory and is not permitted to attend or participate in any parish or school functions,” Barr noted in the letter.

“I realize this information may be shocking and painful for you to hear, which I sincerely regret,” Barr wrote. “However, in the interest of transparency and out of an abundance of care for this parish and our community, I wanted to share this news with you directly and ask for your prayers for Fr. Bullock and for our parish.”

Barr could not be reached Sunday, nor could a spokesman for the Baltimore Archdiocese.

The arrest appears to be Bullock’s first, according to online court records. He lists the church’s address, on the 200 block of Ware Ave., as home.

Monica Worrell, a spokeswoman for the Harford County Sheriff’s Office, said deputies routinely look in on adult bookstores to ensure they are complying with the law. This particular shop was drawing more traffic than normal, according to community members, who had voiced concerns at a council meeting, leading the sheriff’s office to investigate.

“Throughout the course of doing that, we found violations of law,” Worrell said. Several arrests were made, she said.