A review board within the Roman Catholic Church’s Diocese of Rochester has upheld child sexual abuse charges against Dennis Shaw, the former Holy Family priest who was removed from his position at the Auburn church in late 2010.
The review board, composed of laymen and clergy members was tasked with reviewing an earlier investigation into alleged abuse dating to the late 1970s and early 1980s when Shaw was pastor at the now-closed St. Francis of Assisi Church in Rochester. 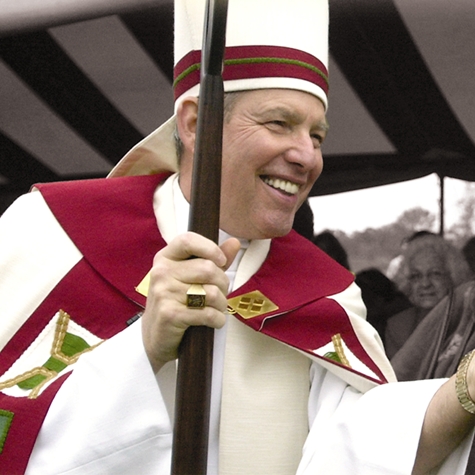 It unanimously found the allegations to be “credible and true,” according to a release from the diocese that was read Sunday at Holy Family. The release also disclosed some new details about the alleged abuse. It specifies that Shaw allegedly abused two boys under 16 years old.

In one case, the victim said the alleged abuse “occurred multiple times over a period of several years,” according to the release.

Shaw responded to the news with a statement of his own, criticizing Rochester-area Bishop Matthew Clark for not communicating with him better.
According to Shaw, the two men met in late January, and Clark did not mention the review committee.

He said he had not seen the review board decision until given it by The Citizen.

“The people of Auburn and Rochester that I have served know who I am and what my life has been about,” Shaw wrote. “I am no saint & never pretended to be one. But I am more than willing to subject myself to the judgment of the laity instead of the politics of the diocese.”

Shaw was ordained in 1974 and served in three Rochester churches until 2005, when he was transferred to Holy Family. He battled alcoholism early in his career and has clashed with the Catholic church over its stance on homosexuality and other social issues.

In Auburn, he quickly became popular with his congregation and was involved in starting Chapel House, Auburn’s first homeless shelter.

Since his dismissal, Shaw has received support from many of his former parishioners and he continues to lead an informal Bible study at Auburn United Methodist Church.

Now that the local review committee has upheld the allegations, Shaw’s case will go to the Vatican for an ultimate resolution, including possible laicization, or dismissal from the clergy.

Diocese of Rochester spokesman Doug Mandelaro said he doesn’t know the timetable for that decision, after which Shaw would likely have the right to appeal.

Mandelaro said the diocese informed Rochester-area authorities of the alleged abuse in 2010, before suspending Shaw. The Rochester Police Department could not be reached for comment on Wednesday.

Shaw, who receives a pension and health-care benefits from the church, has not actively defended himself, saying he doesn’t trust the church process.