A judge on Thursday denied a bid by the Roman Catholic Archdiocese in Milwaukee to dismiss two fraud claims by sexual abuse victims, ruling it remains to be determined whether the claims were filed too late and the statute of limitations has run out. 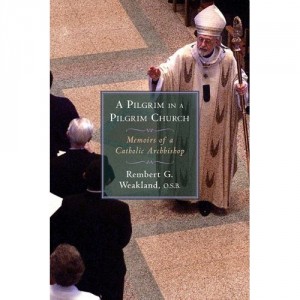 But U.S. Bankruptcy Judge Susan Kelley threw out a third case because the claimant had already entered into a settlement with the Church and promised to not seek further compensation, and failed to prove he was fraudulently induced into settling.

The archdiocese’s lawyers had asked Kelley to decide summarily to throw out three test claims, reasoning that her ruling would apply to hundreds of other claims.

“I deny summary judgment on the statute of limitations,” Kelley told a courtroom crowded with alleged victims, none of whom testified at the hearing.

Kelley said abuse victims would not be barred from bringing their claims, but they may have to show that they filed within the statute of limitations, which ranges up to six years in cases where fraud is alleged for concealing crimes by clergymen.

The judge’s ruling means the two fraud claims remain alive, and people who have settled previously may also be included if they can prove they were induced, said attorney Paul Scoptur, who represents the three victims whose cases were challenged, and more than 350 claimants altogether.

The Milwaukee archdiocese’s efforts to get the bulk of nearly 600 abuse claims against clergy and other church workers tossed out has offended critics who say the church is ducking responsibility and continuing a cover-up of its crimes.

The clergy abuse scandal has spread around the world and has cost the Catholic church in the United States more than $2 billion in settlements. Milwaukee is the eighth U.S. diocese to declare bankruptcy, citing the burden from settling abuse cases.

The archdiocese has said it is challenging claims in an effort to emerge intact from Chapter 11 bankruptcy protection, which it filed in January 2011.

Scoptur said the statute of limitations theoretically started when a victim knew or should have known they have a claim, adding that the question is when the claimants were made aware.

“The archdiocese will probably want to depose the claimants to find out. It will be different in each case,” Scoptur said.

A lawyer for the archdiocese, Francis LoCoco, said the victims were obligated to begin investigating filing claims beginning in 2002, when the allegations of abuse became public and the church began posting the names of offending priests on its website.

But claimants’ attorney Jeff Anderson argued to the judge the clock did not start until 2008, when former Milwaukee Archbishop Rembert Weakland admitted in a court deposition that church leaders kept the abuses secret, fearing people would stop coming to church.