Several students are protesting the decision by Boston College to not renew the contract of an adjunct professor in its School of Theology and Ministry who has openly questioned why the Catholic church won’t ordain women.

The Boston College mission statement on its website talks about the Jesuit foundation of the school that makes it unique. It reads: “No other institution so explicitly embodies the fundamental human desire to know.” 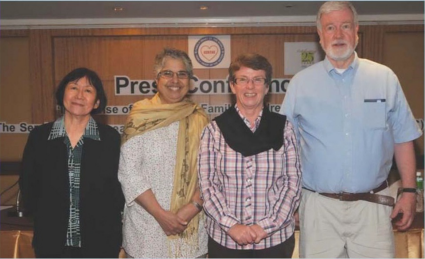 But after Father John Shea, a professor of pastoral care and counseling, asked church leaders for a theological explanation for why women are not being ordained to the priesthood of the Catholic church, he was let go. After nine years, Shea will leave his position at the end of this semester. He refused to comment.

The school says, as a matter of policy, it does not discuss personnel decisions*. But several of the BC students who are protesting the decision say there’s a climate of intolerance at the Jesuit university around openly discussing sensitive issues such as the ordination of women.

“I think the reason he was let go was because he was causing trouble,” said John Falcone, who worked as a graduate assistant with Shea.

Last year Shea wrote directly to Cardinal Sean O’Malley, telling him that he would step aside from active ministry until women are allowed to be ordained. Falcone says Shea has since paid a price for this position.

“I think the university, by any means necessary, is tying to avoid any kind of trouble or implication that the School of Theology and Ministry is not impeccably right wing orthodox,” Falcone said.

Recently, after Shea was told his contract would not be renewed, he wrote again to O’Malley, and to other Catholic leaders across the country, asking why the church won’t let women be priests.

Boston College said Shea’s contract was not renewed because his position was changed to a tenure-track job, a change the School of Theology and Ministry has sought for some time. But students in the program, including Paul Shoaf Kozak, are protesting his termination.

“John Shea is a highly respected faculty member,” Shoaf Kozak said. “He is, in fact, one of the only members of our department who teaches pastoral counseling. His classes are always full. He typically receives high evaluations from students.”

Shoaf Kozak signed a student-drafted letter to Boston College President William Leahy expressing disappointment with the decision not to renew Shea’s contract. The letter says there is an underlying message in the decision: you can’t disagree with Catholic teachings.

“There’s some suspicion, for sure, especially given the fact of the atmosphere right now of our church,” Shoaf Kozak said. “And at our school we’re not fully permitted to discuss issues in the public forum about homosexuality, female ordination, those issues that are very important for our generation of Catholics, here in a North American context.”

Boston College says this is not true. Spokesman Jack Dunn says the school doesn’t shy away from any conversations.

“Unfortunately some students apparently are upset over a personnel issue and while I’ll never discuss personnel issues, I can assure you that anger is misguided,” Dunn said. “It’s a terrific school, it’s a school that’s embracing the issues of the day, as a school of theology and ministry should.”

The Vatican has been clamping down on priests who have advocated for the ordination of women. Last year, a priest from the Maryknoll order was excommunicated because he took part in a women’s ordination ceremony.

Suzanne Thiel is the president of an origination known as Roman Catholic Women Priests, and is one of approximately 100 women who have gone through ordination ceremonies and call themselves priests. Thiel said the Catholic public has accepted female ordination, but church officials won’t talk about it.

“I think we have plenty of male priests who are open to women balancing out the ministry but they just are afraid for all kinds of reasons,” Thiel said. “Probably their retirement, especially, and just their whole priesthood from being cut off, because that’s how this hierarchy has been functioning.”

The primary theological explanation the Vatican gives is that women can’t be priests because a priest has to represent Christ, and women can’t do that because they’re not male.

Students in Boston College’s School of Theology and Ministry say they expected an atmosphere that welcomes dialogue and values professors who embody the Christian spirit. They have asked BC President Leahy for an explanation of his decision not to renew Professor Shea’s contract.