Today is Easter Sunday, which makes it a good time to talk about Jesus. 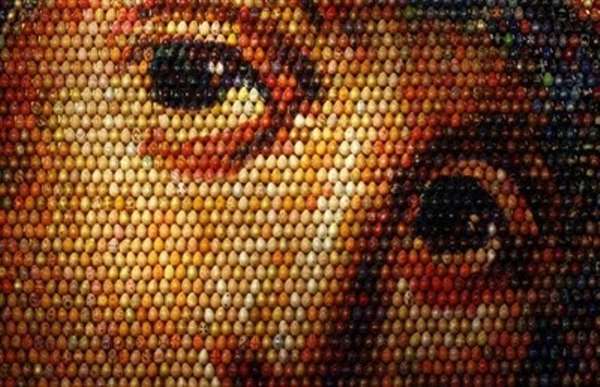 You know, the real Jesus — the guy who preached humility and sacrifice. The prophet who urged his followers to relinquish power and embrace the poor. The man who, even when persecuted by ignorant enemies, offered nothing but forgiveness and love.

Twelve years of Catholic school does not a theologian make, but I’m guessing that if Jesus returned to Earth in 2012, He’d be hard-pressed to recognize the strident messages from some church leaders and activists who purport to speak in His name.

Last November, Archbishop Charles Chaput lectured at Assumption College about a sexual minority seeking to dominate life in America, according to Patrick Whelan, president of Catholic Democrats. When Whelan asked the archbishop during the question-and-answer segment if the bishops planned to address poverty at their annual meeting, the archbishop replied that there wasn’t enough time, Whelan said.

But the bishops have time for other issues. From the pulpit, they continue to rail against the evils of contraception, even if they no longer speak for the overwhelming majority of Catholic women. One of their priorities for 2012 was overturning mandatory birth control coverage in health plans. They lobby against same-sex marriage while remaining largely silent about established teachings of the church, such as opposition to the death penalty and protection of the poor.

Meanwhile, incredibly, a number of Christian right organizations devote their efforts toward defeating anti-bullying measures intended to protect kids. In Arizona, which grows odder by the day, a group associated with Focus on the Family pressured lawmakers into rejecting an anti-bullying bill because the bill was really an effort to “force cultural acceptance and affirmation of homosexual lifestyles.” In Washington, Concerned Women of America claimed that a Student Non-Discrimination Act aims to promote “acceptance” of homosexual behavior. In Michigan, a Christian right lobby tried to exempt bullies who acted out of a “sincerely held religious belief or moral conviction.”

Again, I’m no theologian, but I’m thinking that Jesus would certainly not believe it’s OK for a bully to shove a gay kid against a locker, based on Catholic teachings. I’ll bet Jesus would be sickened by the number of young people who take their own lives after being bullied. I highly doubt that Jesus would endorse cruelty against anyone, gay or straight, by equating it with religious freedom.

The cover of the current issue of Newsweek offers this advice: “Forget the Church: Follow Jesus.” Inside, writer Andrew Sullivan, a Catholic, argues that contemporary Christianity is in “crisis” and has crossed the line between church and state. He claims that the Church lost much authority over its flock when it prohibited the pill in 1968, and lost whatever moral authority remained after the clergy sex abuse scandal.

Rather than address those issues, the bishops “obsess about others’ sex lives, about who is entitled to civil marriage, and about who pays for birth control in health insurance,” Sullivan writes. “Inequality, poverty, even the torture institutionalized by the government after 9/11: These issues attract far less of their public attention.”

He also writes this: “I have no concrete idea how Christianity will wrestle free of its current crisis, of its distractions and temptations … But I do know it won’t happen by even more furious denunciations of others, by focusing on politics rather than prayer, by concerning ourselves with the sex lives and heretical thoughts of others rather than with the constant struggle to liberate ourselves from what keeps us from God.”

The message isn’t new, but it’s more timely than ever.