Have you tweeted at #WhatSistersMeanToMe about the nuns in your life? 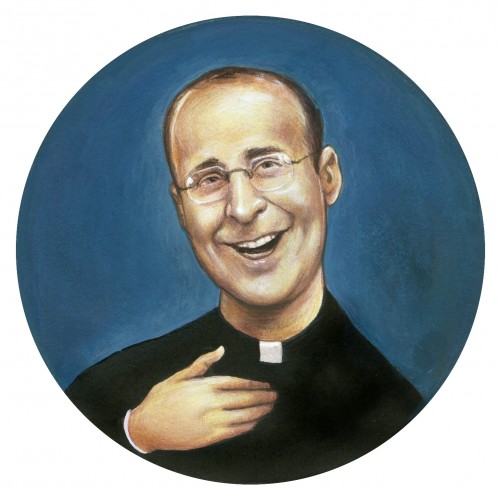 Rev. James Martin, culture editor for America magazine, wrote an ode to the sisters and launched a the hashtag to rally praise for them after the major group of women religious (their proper title although nuns and sisters fit headlines and Twitter counts better) now that some are under fire.

The Vatican wants the powerful women’s voices to stress the Catholic vision for marriage and sexuality and to spend more time campaigning against abortion,gay marriage, and women’s ordination.

found that the nuns promoted political views at odds with those expressed by U.S. Roman Catholic bishops, “who are the church’s authentic teachers of faith and morals.”

You may remember 2010 when the Leadership Conference of Women Religious (LCWR), the umbrella group representing 55,000 sister and nuns, determined that the Obama proposal did not provide funding for abortion and came out in support of its passage. Bishops were outraged.

Now the Vatican has cracked down on the LCWR. According to Religion News Service’s David Gibson last week,

One of the groups singled out in the criticism is Network, a social justice lobby created by Catholic sisters 40 years ago that continues to play a leading role in pushing progressive causes on Capitol Hill.

The Vatican announcement said that “while there has been a great deal of work on the part of LCWR promoting issues of social justice in harmony with the church’s social doctrine, it is silent on the right to life from conception to natural death.”

… Increasingly, however, the hierarchy in Rome and the U.S. is focusing on promoting doctrinal orthodoxy and curbing dissent.

Internal Catholic church discipline is not a topic up for public polling.

The Catholic News Agency carried the Vatican and bishops’ side of the nuns story with not a single sister quoted. It concluded with Cardinal William Levada, head of the Congregation for the Doctrine of the Faith, who:

“expressed hope that the new measures will help “provide a stronger doctrinal foundation” for LCWR’s “many laudable initiatives and activities.”

But many U.S. Catholics are outraged at an image of the social justice sisters getting rebuked.

American Catholics love their nuns. They may joke about the sisters and laugh at stereotypical ruler-slapping teachers. However, they know very well, says Martin. He wrote:

More often than not, it is women religious who precede the men in working with the poor, in giving voice to the powerless and in dying on the fields of martyrdom. It is the women who do, do, do, and have done so with little recognition and historically even less pay, and all in a church where women’s voices are often unheard, ignored or denied.

Martin told Melinda Henneberger,of the Washington Post, it was

… a good time to express gratitude for the unbelievably inspiring work that Catholic sisters do and have done: For God, for the church and for the poor…I couldn’t imagine my life or the church without these women.

Among the early tweets ad #WhatSistersMeanToMe:

“In my darkest hours of doubt, it was the sisters that brought me the light,” tweeted former Congressman Tom Perriello (D-Va.) in response.

… the nuns saw themselves as helping, not hurting, the church. Their difficult questions must be asked, she said, if the church is to remain vibrant, relevant and respected. “When you begin to suppress that, it’s immoral,” Chittister said. “It’s a mistake for the church. And it’s despair for its people.”

… The nuns’ motto, declared on their website: “We risk being agents of change within church and society.”

DO YOU THINK … nuns have overstepped — or sidestepped — their spiritual roles or is the Vatican missing the point? Even if you’re not Catholic, has your life been influenced by sisters’ activism?