The Catholic priest who headed the diocese’s Northern Virginia office responsible for protecting children from sexual abuse was placed on administrative leave Wednesday while he is investigated for alleged sexual misconduct with a teenage boy. 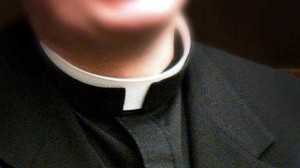 The Rev. Terry W. Specht, 59, who has been pastor of Holy Spirit Church in Annandale since 2007, denies the allegation of misconduct in the late 1990s. Specht was a parochial vicar at St. Mary of Sorrows Church in Fairfax at the time.

From 2004 until last year, Specht was director of the Office of Child Protection and Safety, which trains church employees and volunteers to spot abuse and monitors youth activities “to ensure that all contact with young people is appropriate,” its Web site says.

The diocese has a separate victims’ assistance office that is typically the main contact for people coming forward with complaints.

“Any allegation of abuse deepens the pain felt by all Catholics, and particularly survivors of abuse,” said Arlington’s bishop, Paul Loverde, adding that he has appointed an “independent investigator” to review Specht’s work while he headed the child-protection office.

After 20 years in the Navy, Specht, a native of Pennsylvania, became a priest in Arlington in 1996. He worked with multiple ministries focused on youths. From 2000 to 2004, he was chaplain and assistant principal at the 1,000-student Paul VI Catholic High School, one of four Catholic secondary schools in the diocese.

Specht has been more visible than many priests, and until late Wednesday he maintained a Twitter account on which he posted and commented on various conservative issues, poking fun at President Obama and more liberal Catholics who support gay rights. The photo on the account was of a bulldog.

“The investigation is in its initial phase, and no final determination has yet been made regarding the allegation,” said a statement from the diocese, adding that officials were working with Fairfax County police.

A man came to the diocese in late January with the complaint and within a week officials contacted the police, diocesan spokesman Michael Donohue said.

Neither he nor the police would specify if the allegation involved one incident or more, or what sort of evidence was presented. Donohue said that an accusation itself would not automatically trigger the administrative-leave process.

“The bishop has looked at the information provided from the very beginnings of this and made a determination that it was best to put Reverend Specht on administrative leave,” he said.

There have been no other allegations of misconduct against Specht, Donohue said.

Becky Ianni, an advocate for clergy sex-abuse survivors in Northern Virginia, said the allegation is disturbing.

“It’s just frightening to think that this is the person educating people and perhaps he is a predator,” she said.