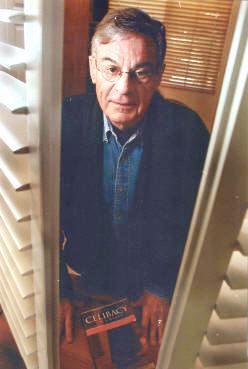 The causes of sexual abuse by clergy are solidly rooted in human nature as it is fostered, lived, and expressed in clerical culture. Ordination into major orders (and preparation for them) marks the entrance into the clerical culture. Catholic clerical culture is characterized by homogeneity: it is an exclusively male province—males over twenty-five years of age alone are ordained priests—and they form a homosocial society where women are deprived of any authority. Candidates must promise “perfect and perpetual chastity, therefore celibacy” as a prior condition for ordination [Canon 277 #2]. That requirement confers social power on a priest. [“It was from sexual purity that the priesthood was believed to derive its power.”]

Cardinals and bishops vow absolute obedience to the Pope as the supreme authority. They, the pope’s legitimate surrogates, demand this obedience of their subordinates. [Father Yves Congar once said, “In the Catholic Church it has often seemed that a sin of the flesh was the only sin, and obedience the only virtue.”]

If a priest is apparently compliant with the demands of the culture he receives automatic status regardless of any individual merit. The culture provides an assurance of employment and continued material compensation for the duration of his life. The identification with the power system and subordination to it relives individuals of responsibility for the consequences of their individual actions. Truth telling is curtailed and subjected to the welfare of the organization (the good of the church). The prevailing rationale is that clerics’ first duty is to the higher law of God. Secrecy and loyalty are essential binding elements operative to the function of clerical cultural. Men within the clerical culture are labeled “special” since ordination confers an “ontological” superiority. Clerics thus incorporated into the culture often demonstrate qualities of dependency, entitlement, superiority/arrogance, variable degrees of psychosexual immaturity, but in many cases “they posses enormous powers of empathetic discernment—albeit for purposes of self-aggrandizement.”

These are the fundamental elements operative in the CONTEXT and CAUSES of the sexual abuse of minors and the vulnerable in whatever broader secular culture that clerical sexual abusive behavior occurs.

At the First National Conference for Victims & Survivors of Roman Catholic Clergy Abuse held in Chicago, October 1992 I said: The crisis of sexual abuse by Catholic bishops and priests “now visible is the tip of the iceberg. When the whole story of sexual abuse by presumed celibate clergy is told, it will lead to the highest corridors of Vatican City.”1 Those words that might have seemed shocking or prophetic 20 years ago simply reflect known and documented facts today.

Sexual abuse of minors by Roman Catholic clergy is a long-standing problem. It is historical, but not “history”—the crisis is not over as some bishops and others declared in 2004 and since. Detailed historical accounts of priests abusing minor girls and boys and being sexual with each other are reliable and indelible [Basil 4th Century, Peter Damian 11th Century].[i] The U.S. bishops named the situation a “crisis” in 2002 when they set up a National Review Board. That group made a public presentation of A Report on the Crisis in the Catholic Church in the United States on February 27, 2004. That is the same release date of a report on the investigation on the Nature and Scope of Sexual Abuse of Minors by Catholic Priests and Deacons in the United States 1950—2002 conducted by staff members of the John Jay College of Criminal Justice under the direction of Dr. Karen Terry. She served as the principal investigator of a second study on the Context and Causes of clerical abuse released in 2011. Both of these studies were sponsored by the USCCB who established the Charter for the Protection of Children and Young People in 2002. The cumulative force of media exposure [Boston Globe series on priest abuse beginning January 6, 2002] civil and criminal law suites, pressure from victim advocates, and outrage of the general public precipitated and propelled American bishops (and the Vatican) into measured reactive responses. The documentation provided for the John-Jay studies comes from diocesan files. The criminal trial in Philadelphia (2012) provides one testimony to the inadequacy of Church reporting and file production. I am not alone in reviewing thousands of documented cases of clergy abuse from 1908, 1917 and a continuous supply of reports from1923 up to the present day most not listed by bishops

.
The ongoing phenomenon of the sexual abuse of minors is a worldwide problem among Roman Catholic clergy. Clergy abuse is not an American problem as proposed by Pope John Pau II, although it is remarkable here. Over all between six and nine percent (6-9%) of U.S. Catholic priests get sexually involved with minors: ten percent (10 %) have been documented in Boston. Eleven and one-half percent (11.5 %) of all the priests active from the Los Angeles Archdiocese in 1983 were subsequently identified as abusers.3 In 1988 the “Sensitive Claims Committee” of the Tucson, AZ diocese held the names of twenty-three percent (23%) of its priests. Ireland, England and European countries were ten to fifteen years behind the United States in bringing the problem to public attention. That is no longer the case. [On May 3, 2012 an Italian priest, Father Riccardo Seppia, of Genoa was sentenced to nine and a half years in prison for child sex abuse and attempting to recruit minors into prostitution.]

Sexual abuse of children by Catholic clergy is a symptom of a culture in distress. It constitutes part of a larger pattern of sexual involvement by priests and bishops with others—some with minors, but more commonly with adult women and men. Although the latter is not illegal, such behavior by a bishop or priest is still marked in most cases by moral negligence, abuse, professional violation and hypocrisy. More importantly, ecclesiastical authority tolerates this behavior in its own ranks as long as it does not cause scandal. This indulgence characterizes the pattern and practice of clerical culture. As one bishop said on his return from a visit to Rome, “The organization to which I belong is rotten to the core and it comes from the top”. [Two conclusions are reasonable: one must assume that in any group of priests a certain number of sexual abusers are active. Second, the clerical system is not capable of monitoring itself. Grand Jury Reports form the most reliable source of the pattern and practice of clergy sex abuse and supervision/cover up by superiors. Also: Cf. Stockton ruling, Judge, May 2012]

Seminary training still does not prepare clergy for celibate/sexual reality. Seminary training produces many psychosexually impaired and retarded priests whose level of adjustment is adolescent at best.4. This tends to create a psychic and moral field and situations in which immature liaisons with young children not only become more possible but are psychosexually over-determined because children are actually on a developmental par with these men.

The celibate/sexual system that surrounds clerical culture fosters and often rewards psychosexual immaturity. Conformists and even sociopaths have a greater chance of ecclesiastical advancement than more mature and healthy clerics.5. [This is one consequence of clerical culture.]

The homosocial system of the Catholic clergy excludes women categorically from decision-making power. At the same time this male-only system glorifies the roles of virgin and mother; this juxtaposition creates a psychosocial structure that reinforces male psychosexual immaturity and malformation.

A significantly larger proportion of Catholic clergy has a homosexual orientation than does the general population.6. This has always been the case, with many saints among them; this is due in part to natural sexual biodiversity [homosexual orientation is a natural variant], a high genetic correlation between homosexual orientation and altruistic drive, and a culture dependent on control and external conformity [Absolute obedience is a cultural factor that can serve both the strong and the weak character.]

By refusing to deal honestly with the reality of homosexuality in the clerical state (and in general), Catholic teaching fosters self-alienation, and psychosexual immaturity of its clergy and encourages and enables identity confusion, sexual acting out, and moral duplicity. Clerical culture is redolent with clergy living “double lives”.

Catholic moral teaching on sexuality is based on a patently false anthropology that renders magisterial pronouncement non-credible. “Every sexual thought, word, desire, and action outside marriage is mortally sinful. Every sexual act within marriage not open to procreation is mortally sinful. In sexual matters there is no paucity of matter.” [This is irrational and unacceptable as are the rationale and pronouncements on contraception.]

Clergy deprived of a moral doctrine in which they can believe founder for moral guidance and leadership in their own lives and behavior. Sexually, priests and the hierarchy resort to denial, rationalization, and splitting in dealing with their own sexual behavior and that of their colleagues. With the laity they often apply the full wrath of the “law” [including the threat of hell].

The hierarchy cannot claim ignorance and deny the sexual practices of their own—themselves and their fellow-priests—and at the same time assert that they are credible and authoritative sources of leadership in sexual morality for the laity. They cannot responsibly [and legally] sidestep their personal and corporate roles as enablers.

Chief justice Anne Burke (IL) who served as the interim Chair of the National Review Board established by the U.S. Bishops in 2002 said after extensive personal contact with the hierarchy, “they do not want to change. They want Business as usual”. [Governor Frank Keating who served as Justice Burke’s predecessor as Board Chair said that the bishops operate like “cosa nostra”.]

In the past ten years the U.S. bishops have instituted some productive and useful educational ventures that alert certain populations to the dangers of abuse. Certainly these will protect some children from sexual predators. [They fail to notify parishioners that priests can be dangerous. Bishops were not included in the Dallas Charter Zero Tolerance policy. There still is no system for holding bishops accountable. The person charged with oversight of alleged bishop abusers is Bishop Robert Brom, a credibly alleged abuser himself.]

The context of child abuse by Roman Catholic clergy—the tip of an iceberg so painfully visible to us now—does not stand on its own. Sexual abuse by clergy is the product of a well-established clerical culture. The fundamental causes of sexual abuse by Catholic clergy are within the clerical culture. Only an honest examination and Reformation of that culture will address adequately the problem of clerical malfeasance about which sex is central.7.

I repeat what I said in 1992: “Difficult as it is to accept, we are certain that the hierarchical and power structures beneath the surface of dioceses and religious societies form the essence of a secret world that selects, cultivates, supports, and will continue to produce and protect child abusers within the ranks of the Catholic clergy. These hidden forces are elements far more dangerous to the sexual health and welfare of Christ’s Church than those already identified”