In a Current Comment this week America’s editors asked some questions about the Congregation for the Doctrine of the Faith’s (CDF) “Doctrinal Assessment” of the Leadership Conference of Women Religious (LCWR). “First, there is the history of the assessment. Catholics in the United States and elsewhere are curious about where it came from. How did it originate? Who were the petitioners?” Now Robert Mickens, the Rome correspondent for The (London) Tablet focuses on this question in the Tablet’s latest issue, in an article entitled “Rome’s Three-Line Whip.” He begins as far back as the 1980s, but the story picks up in the 1990s, as Mickens reports. 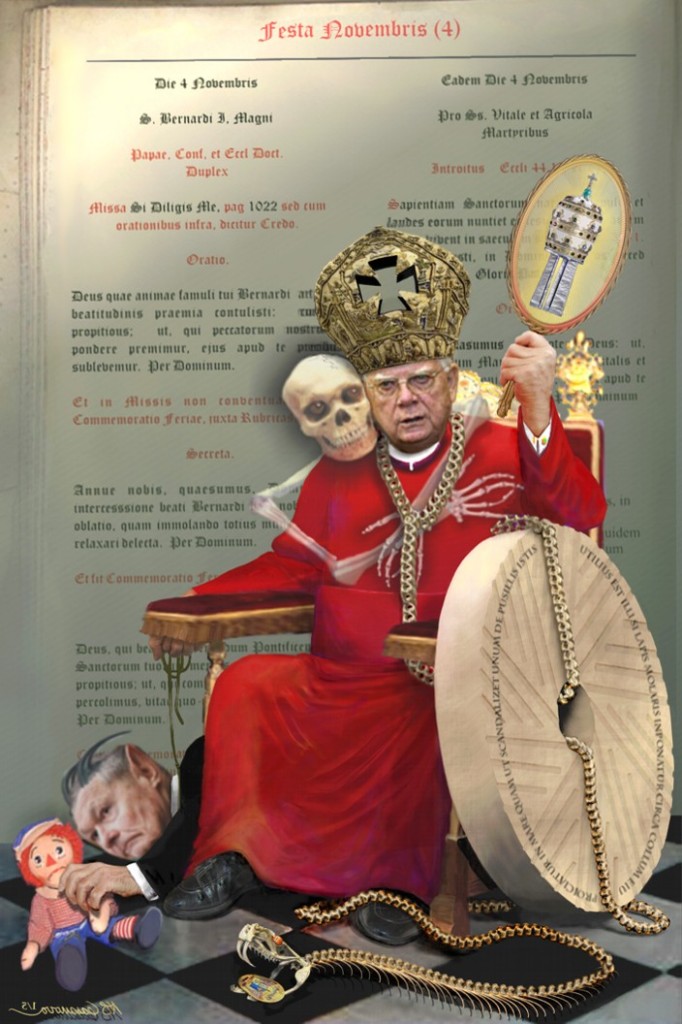 By the late 1990s, they [conservative bishops in the US, according to Mickens] began taking their complaints about the sisters to the Congregation for the Doctrine of the Faith (CDF) in Rome. The CDF, under the then Cardinal Joseph Ratzinger, even issued a doctrinal warning against the organisation in 2001, though the last remnant of a more conciliar group of US bishops was able to stave off any direct Vatican intervention.

The saga entered a new phase in 2005 when Cardinal Ratzinger was elected Pope. He quickly appointed the then Archbishop William Levada of San Francisco to his old post as CDF prefect. Significantly, the soon-to-be Cardinal Levada was also chairman of the doctrinal committee of the US Conference of Catholic Bishops (USCCB). According to sources in Rome and Washington, his successor at the conference’s doctrinal office –the then Bishop William Lori of Bridgeport, Connecticut – was the man who formally petitioned the CDF to launch the current doctrinal investigation of the LCWR. Cardinal Bernard Law, who was forced to resign as Archbishop of Boston in 2002 because of his perceived mishandling of the clerical sex-abuse crisis, was reportedly the person in Rome most forcefully supporting Bishop Lori’s proposal.

Both Cardinal Law and Archbishop Lori (he was appointed to the prestigious see of Baltimore in March) have long supported women’s religious orders that have distanced themselves from the LCWR. Cardinal Law, 80, staffs his residence in Rome with the Mercy Sisters of Alma (Michigan) and Archbishop Lori, 61, helped set up several traditional communities of sisters during his tenure in Bridgeport (2001-12). All these communities, marked by their loyalty to the hierarchy, belong to the Conference of Major Superiors of Women Religious (CMSWR), which broke away from the LCWR in 1992.

Incidentally, Cardinal Law was a member of the Vatican’s Congregation for Religious when it launched its own visitation – separate from the CDF investigation – of women’s communities in the US. According to news reports, that project was at least partially funded by the Knights of Columbus, a wealthy fraternal order of Catholic men for whom Archbishop Lori has been supreme chaplain since 2005. Under the leadership of an influential Washington lawyer and former Reagan White House official, Carl Anderson, the knights have increasingly backed conservative causes and routinely make sizeable donations to the Holy See. Mr Anderson is a member or consultor of several Vatican offices, and one of the five-man board of directors for the so-called Vatican Bank. His close association with the Vatican and Archbishop Lori, and the archbishop’s own determination to bring the LCWR into line, should not be underestimated.

After appointing Bishop Leonard Blair of Toledo (Ohio) to conduct the initial phase of the controversial investigation of the Leadership Conference, the CDF has now asked Archbishop J. Peter Sartain of Seattle to lead phase two. He heads a three-man team (which includes Blair) to reform the organization or, in the CDF’s sanitised words, “to implement a process of review and conformity to the teachings and discipline of the Church”.