The Episcopal Church on Monday overwhelmingly voted to allow the ordination of transgender people. 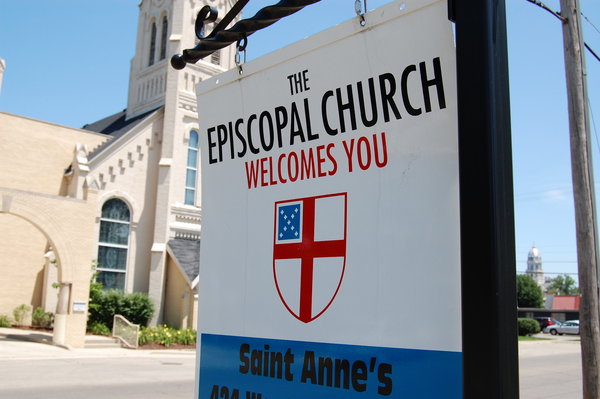 At its triennial General Convention in Indianapolis, the church House of Deputies approved a change to the “nondiscrimination canons” to include “gender identity and expression.” The move makes it illegal to bar from the priesthood people who were born into one gender and live as another or who do not identify themselves as male or female.

The church, which has 1.9 million members in the U.S., currently has rules against discrimination based on race, ethnicity, national origin, sex, marital status, sexual orientation, disability and age for Episcopalians who want to become priests.

The vote by the House of Deputies — which includes lay people and clergy — followed Saturday’s approval of the non-discrimination clause by the church House of Bishops. Both groups have to approve new legislation.

“We are filled with joy for this clear affirmation that the Episcopal Church welcomes and values the ministerial gifts of transgender people, lay and ordained. We are also delighted by the strong support and broad understanding of trans issues shown by deputies representing a wide range of regions and generations in this church. As the church steps boldly into new frontiers in various facets of its light, we are proud to be part of this spirit-filled movement,” members of TransEpiscopal, a organization of transgender Episcopalians, said in a statement.

The House of Deputies passed similar legislation at the previous General Convention in Anaheim, Calif., in 2009. When presented with the legislation that year, however, the House of Bishops voted instead to bar discrimination against “all” people instead of specific groups.

The church on Monday also voted to make it illegal to discriminate against transgender people in non-clergy positions in the church.

“It is not just a good day for transgender Episcopalians and their friends, families and allies. It is a good day for all of us who are part of a church willing to the risk to continue to draw the circle wider as we work to live out our call to make God’s inclusive love known to the whole human family,” the Rev. Susan Russell, a deputy from the Diocese of Los Angeles and an activist who supported the legislation, said in a statement.

The House of Bishops on Monday also approved a provisional standard liturgy for priests to use in the blessing of same-sex relationships. Bishops approved the liturgy 111 to 41 with three abstentions. The House of Deputies is expected to vote on the matter before the church’s meeting ends on Thursday.

If the same-sex liturgy is approved, it would be used during a trial that would begin in December and be revisited at the church’s next national meeting in three years. Some Episcopal bishops currently allow same-sex blessings in their dioceses, but many have said they will not allow them unless the church has an official liturgy. If approved, the new liturgy would not be mandatory. Bishops who do not approve of same-sex relationships could bar its use in their dioceses. The liturgy does not represent a religious marriage, though some clergy in states that allow civil marriage do secular marriages in their churches.

The Episcopal Church is the U.S.-based wing of the Anglican Communion, an 85 million-member global denomination. In addition to its U.S.-based members, it has 173,000 members in other countries and territories, including the British Virgin Islands, Colombia, the Dominican Republic, Ecuador, Haiti, Honduras, Taiwan and Venezuela.

Liberal trends in the church regarding the ordination of gay priests and bishops have increasingly strained its relations with its more conservative counterparts in the United Kingdom and Africa. The election in 2003 of its first gay bishop, the Rt. Rev. Gene Robinson of New Hampshire, caused several dioceses to defect and align themselves with more conservative Anglican churches in Africa.

The vote on transgender clergy and the possible passing of same-sex liturgical blessings could further strain relations between Episcopalians and the Anglican Communion.