The Catholic Archdiocese of Detroit has indefinitely suspended the pastor of Sacred Heart Parish in Dearborn after he was arrested last week on suspicion of drunken driving. 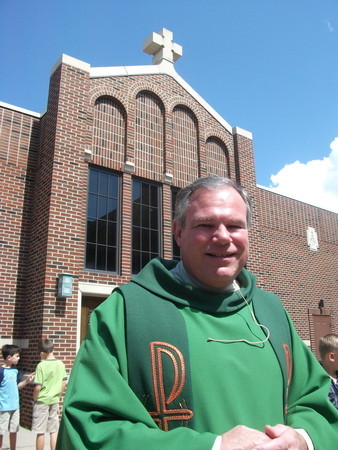 According to the archdiocese, the Rev. Peter Petroske was not wearing any clothes when he was arrested.

A knowledgeable city source told the Free Press that Petroske was arrested in the early hours of Friday morning about a block from his church on Michigan Ave. in Dearborn, and had a laptop computer with him in the car.

His blood alcohol level was just over the legal limit, the person said.

In a statement Tuesday, the Archdiocese said Petroske was put on leave effective Monday.

The statement said that when Petroske was arrested, he was alone in his vehicle and “was charged with driving under the influence of alcohol and indecent exposure. Archdiocesan officials met with parish staff on Monday to inform them of Father Petroske’s leave of absence.”

Archdiocese spokesman Joe Kohn said the leave is indefinite. He said he could not discuss the laptop but confirmed that Petroske was nude at the time of the arrest.