A man who accused disgraced priest Philip Magaldi of sexual abuse settled his claim Tuesday with the Fort Worth Roman Catholic Diocese, according to a news release. 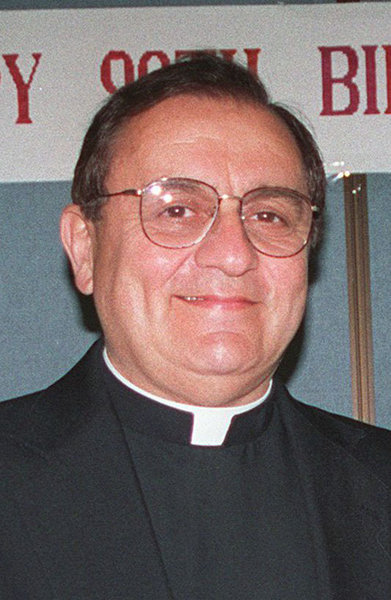 Terms of the settlement were not disclosed at the man’s request, the diocese said.

The man’s attorney, Tom McElyea, said the abuse occurred in Tarrant County and started in about 1994 when his client was 9.

Magaldi was being defrocked when he died in 2008. Before his death, the diocese announced that he was HIV positive. McElyea said his client does not have the virus.

As with two other known accusations against Magaldi, the man was subjected to enemas as part of his abuse, McElyea said.

In 1997, while serving at a parish in North Richland Hills, Magaldi was accused of paying a young man to give him enemas. Within two years, another man came forward to say Magaldi had given him enemas and had raped him as a boy.

People also claimed that Magaldi engaged in other inappropriate behavior, including “looking for minors” in Web chat rooms and possessing “pedophilic material,” according to court documents.

Bishop Kevin Vann, leader of the diocese, said in a statement that “he is deeply sorry for any sexual abuse this victim may have endured and suffered by Magaldi.”

McElyea said the diocese worked to resolve the matter and “hopefully my client can live a productive life.”

Magaldi served at St. John the Apostle Catholic Church in North Richland Hills. Besides accusations of sexual abuse, he was a convicted embezzler of church funds from his Rhode Island parish.

He had also been accused of perjury in 1985 at the second attempted-murder trial of socialite Claus von Bulow.