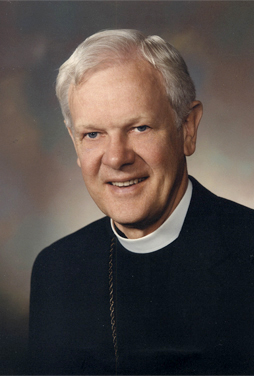 The retired presiding bishop of the Evangelical Lutheran Church in America, the Rt. Rev. Herbert Chilstrom, has delivered a stinging, public critique of his former Roman Catholic counterpart in Minnesota for aggressively campaigning for an anti-same sex marriage amendment on the November ballot.

“I recognize your authority in formulating positions for your own flock in Minnesota: That is one thing,” Chilstrom said in a letter to Roman Catholic Archbishop John Nienstedt, published in the Minneapolis Star Tribune.

“But for you and others to campaign for an amendment that imposes your stance on all citizens in Minnesota — including other Christians, believers of other faith groups and unbelievers — it is overstepping your bounds.”

Minnesota is one of four states voting on marriage this November. Washington, Maryland and Maine will cast ballots on whether to approve marriage equality. In Minnesota, Nienstedt has put $650,000 in church money into promoting the state constitutional amendment that would ban same-sex marriage.

Nienstedt has gone far beyond church leaders in Washington, where Seattle Archbishop J. Peter Sartain allowed parishes to opt out of signature gathering for Referendum 74.

Nienstedt told St. Paul-Minneapolis archdiocesan clergy that he would permit no “open dissension.” As the Star Tribune reported last week, “He wrote one outspoken priest, the Rev. Mike Tegeder, that if he persisted, ‘I . . . will remove you from your ministerial assignments’.”

Nienstedt is also notorious for responding to a Catholic mother’s plea that her gay son be accepted, “I urge you to reconsider the position that you expressed . . . Your eternal salvation may well depend upon a conversion of heart on this topic.”

Asked by the Star Tribune whether a loyal Catholic could vote No, Nienstedt said: “It would be difficult to comprehend how a person could not believe that marriage is anything but a union between one man and one woman. On this point, Catholic teaching is clear.”

“By word and action, you leave the impression that there is little room for dissent in your church,” Chilstrom wrote to Nienstedt. He cited the example of a former Catholic bishop in Minnesota, the Rt. Rev. Raymond Lucker, who questioned the church’s prohibition against married priests.

The Lutheran Bishop noted that in his denomination, “we engage in a wide spectrum of clergy and laity in developing statements and guidelines in our thinking about complex social issues.” If member disagree with stands taken in the church’s national assembly, the right of conscience is recognized.

“If there were a call from Roman Catholic members in Minnesota to vote on an issue of significance, would you allow such a vote?” Chilstrom asked Nienstedt. “And if a simple majority voted in favor, would you accept that vote as final? It’s clear that such a vote would not even be permitted in your church.

“There is evidence that many in your church will vote No on this amendment. I stand with them and with all who will vote No.”