The town of Ballina has been rocked by the sudden death of a local priest in what is believed to be the first case in recent years of a Catholic cleric in Ireland taking his own life.
Residents in the Co Mayo town yesterday expressed shock at news of the death of Fr Muredach Tuffy, a popular curate and director of the Newman Institute — an educational centre known as Ballina’s “Catholic university”. 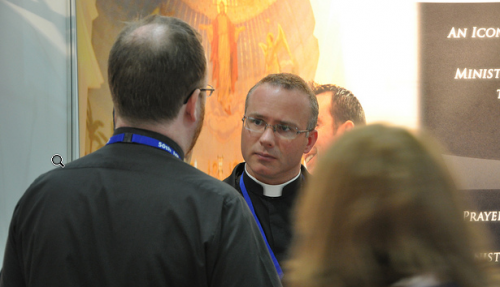 The body of the 39-year-old was discovered early yesterday in his apartment, attached to the institute at Cathedral Close.

Fellow priests in Ballina and the Diocese of Killala were too upset to comment when contacted by the Irish Examiner yesterday.

Fr Gerard O’Hora, the parish priest of Ballina and spokesman for the Bishop of Killala, Dr John Fleming, was also unavailable.

A native of Castleconnor, Co Sligo, where he was ordained in 1999, Fr Tuffy had worked as director of the Newman Institute since 2003 and has been instrumental in its development and growth into a centre for adult religious education.

He was also the diocesan director of pastoral renewal and diocesan vocations director, as well as lecturing in applied theology at the Newman Institute. He also acted as Bishop Fleming’s spokesman.

Fr Tuffy officiated at the wedding of a friend in his home town of Castleconnor last Saturday.

Enniskillen-based priest and well-known broadcaster Fr Brian D’Arcy spoke earlier this week about the pressures of being a priest in Ireland amid the fallout of various clerical sexual abuse scandals, as well as grappling with controversial Church teaching on issues such as clerical celibacy, contraception, and homosexuality.

The Association of Catholic Priests yesterday expressed disappointment and sadness at the response of the Hierarchy to their request for greater engagement with the group about the future of the Church.

The organisation claimed there was often a “palpable sense of dejection, depression and sometimes almost despair when clergy gather as a group”.

The Irish Episcopal Conference told the ACP that engagement would best be conducted at local level using established structures.