Three expert Vatican watchers list some of their leading papabile – Italian for cardinals who might be elected as the next pope. In alphabetical order: 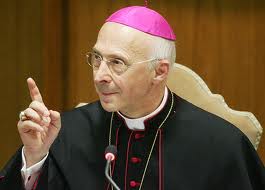 But the biggest boost may come from Bagnasco’s role as two-time president of the Italian bishops conference. Italians hold about a fourth of the seats in the College of Cardinals that will choose the next pope. 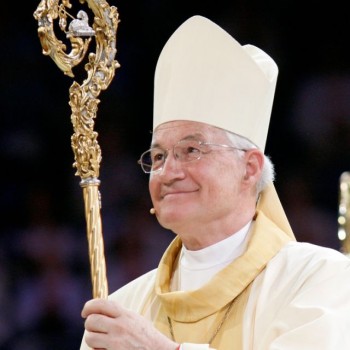 Cardinal Marc Ouellet, the Canadian-born former Archbishop of Quebec, now heads the powerful Congregation of Bishops, a “great spot for great spot for making friends and influencing people,” by choosing the global leadership of the Church, says Allen. He describes Ouellet, 68, as a veteran in dealing with the secularized West, someone smart and intellectual with “a cosmopolitan resume,” says Allen.

Ouellet is close to the late pope in theological thinking and someone who could bring a strong hand to the curia (the Vatican bureaucracy).

“The electors could get a traditional pick still say, ‘Hey, we’re innovators. We went to North America!’ He’s the eye-popping choice.” says David Gibson, author of several books on the Catholic Church including a biography of Pope Benedict XVI. 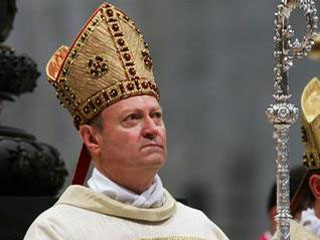 Cardinal Gianfranco Ravasi, elevated to cardinal in 2010 and head of the Pontifical Council for Culture, is so smart, says Allen, “if you were picking a quiz bowl team in the College of Cardinals, most people would start with Ravasi.”

Allen calls him “a master communicator who could take the world by storm. He can ignite rich, solid commitment to Catholic orthodoxy without ever coming off as a scold.”

The Italian-born Biblical scholar has the advantage of being based in Rome. Cardinals in the curia, the church’s governing bureaucracy, get to meet many of the electors that cardinals in far-flung posts scarcely know.

Still, Allen sees hurdles for Ravasi, who, at age 69 has never been a diocesan bishop. “Some would wonder if there were substance beneath the charm. He spends a lot more time talking to the outside world than within the church. Some see him as trying too hard. That’s off-putting.” 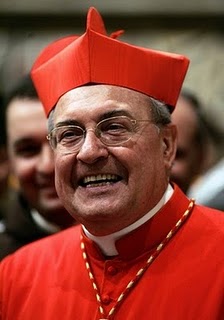 Cardinal Leonardo Sandri, 70, the head of the Vatican’s office for the Eastern Catholics and a longtime Vatican diplomat, would be the first pope from South America, the center of global Catholicism today, if he were chosen.

“He’s prayerful, well-liked around the world and very much aware, because of his diplomatic experience, of the global dimensions of the Church,” says church historian Matthew Bunson.

He may be best known in his role as No. 2 in the Vatican Secretary of State’s office. Sandri was the person who read the public announcement that Pope John Paul II had died in April 2005.

However, Sandri’s age, his lifelong background in the church bureaucracy, and his reserved demeanor may work against him, says Bunson.

Cardinal Angelo Scola, Archbishop of Milan, leads Bunson’s list as “an Italian with the intellectual chops for the job” who would bring Benedict’s enthusiasm for “recapturing Catholic excitement in Europe.”

Benedict moved him from another high profile post, Venice, in July, 2011, thereby giving this Vatican insider a perch at Europe’s largest diocese. Milan and Venice together have produced five popes in the last 100 years.

A top scholar on Islam and Christian-Muslim dialog, Scola, 70, is “well positioned for dealing with the challenges of secularism and materialism in the West,” says Bunson.

Scola once said: “Our job now has to be to help people to remember God. People suffer from a kind of amnesia about God and we have to remind them to reawaken God in their hearts and in their minds.”