What a wonderful read.

Pope to Marry Georg & Memories of the Past 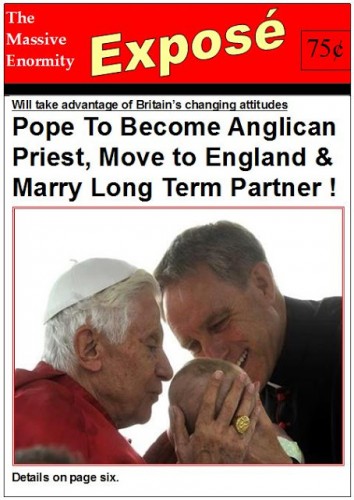 THE Vatican knew of allegations against Cardinal Keith O’Brien five months ago, it was claimed today.

Reports said a priest lodged a complaint in October about “inappropriate behaviour” by the former Archbishop of St Andrews and Edinburgh in 2001. 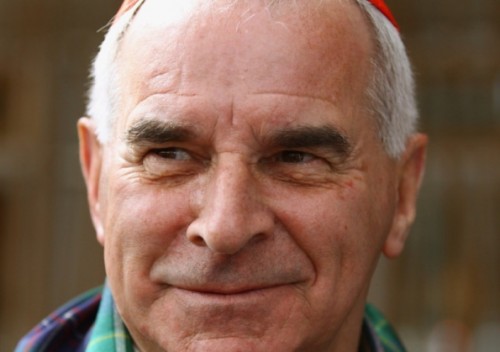 The priest is said to have written directly to Rome because he did not think he could trust the church hierarchy in Scotland to handle the matter.

His claim is said to have been taken seriously and led to the Vatican contacting Cardinal O’Brien and a “deal” being brokered by Cardinal Marc Ouellet of Montreal for the departure of the leader of Scotland’s Catholics.

Cardinal O’Brien quit as archbishop on Monday following revelations at the weekend about allegations from three other priests and one former priest of inappropriate behaviour dating back to the 1980s. The cardinal contests the allegations.

He had already submitted his resignation, which was due to happen on his 75th birthday on March 17, but Pope Benedict XVI ruled it should take effect immediately.

It was claimed today that it was as news of the complaint to the Vatican about the alleged 2001 incident spread inside the church that the four men decided to come forward with their stories.

One source was quoted saying: “Lots of people are pillorying the four priests whose cases came out at the weekend, but this is the context.

Despite his resignation as Archbishop of St Andrews and Edinburgh, a post he had held since 1985, Cardinal O’Brien could still have gone to the conclave in Rome to help choose Benedict XVI’s successor, but he announced he would not do so, saying he did not want to distract attention from the task of electing a new pope.

The archbishop temporarily replacing Cardinal O’Brien spoke yesterday of the “pain and dismay” he shares with worshippers as he took Mass at St Mary’s Cathedral for the first time.

Archbishop of Glasgow Philip Tartaglia told worshippers that he understood the archdiocese was in a “state of shock for the loss of its shepherd” following the cardinal’s resignation.

The Pope appointed Archbishop Tartaglia as apostolic administrator to govern the archdiocese of St Andrews and Edinburgh until a permanent replacement is chosen. Archbishop Tartaglia told the congregation yesterday: “I am glad to be with you today, even if I wished, very much wished, that the circumstances were other than they are.”

He asked them to pray for the appointment of a new archbishop and said he did not know how long it would be before one is named.

He added: “The office entrusted to me by the Holy Father is by its nature provisional and temporary.”

Visit NBCNews.com for breaking news, world news, and news about the economy