Recent events prompt a stating of the obvious. The Roman Catholic Church is not now, nor has it ever been, a democracy. It values neither free speech nor freedom of the press. Its leaders are not elected officials, so they do not sweat opinion polls. Roman Catholic bishops and cardinals do not represent the interests of their members, and members, if dissatisfied with their leadership, cannot vote those leaders out. The next pope, the Vatican press office continually reminds us, will be selected not by the 115 cardinals who will soon be sequestered in the Sistine Chapel, but by God. 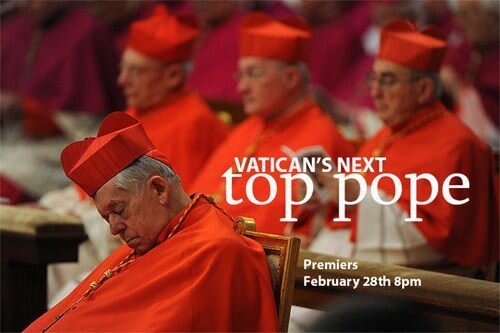 But in the 21st century, this blatant disregard of democratic principles rankles. Even the cardinals from the United States showed uncharacteristic irritation when their daily news conferences in Rome were canceled last week. Italian newspapers had published leaked accounts of the closed-door meetings at which the voting cardinals are gathering pre-conclave and painted the leadership of the church as divided, rancorous and political. No one accused the Americans of leaking outright, but the news conferences abruptly stopped, and the U.S. cardinals weren’t happy. “In true old-style Catholic school teacher fashion, someone talks and everybody stays after school,” Sister Mary Ann Walsh, spokeswoman for the U.S. Conference of Catholic Bishops, told the Associated Press.

After decades of sex scandals, financial improprieties and rumors of further financial scandals to come, the American cardinals had been demanding more transparency from the church’s governing body, the Curia. “Obviously, we want to know and learn as much as we can relative to governance in the Church, and the Curia is part of that issue,” said Cardinal Daniel DiNardo of Houston. “So, certainly we want to discuss and learn what we can, and I think that will go on as long as the cardinals feel they need the information.”

When their news conferences were shut down, the USCCB issued a news release: “The U.S. Cardinals are committed to transparency.” Others in the College of Cardinals, the statement seemed to be saying, not so much.

Transparency is not just a post-Enlightenment, democratic ideal. It’s a post-Watergate value, learned the hard way. Corrupt leaders betray the faith and trust of generations to come. Healing and renewed trust in authority happens only when all the secrets have finally been revealed. No one understands this better than Americans, who have gotten used to seeing their government and business leaders apologize, express remorse, and — sometimes cynically, sometimes not — remediate their sins before re-committing themselves to power. The church’s continued refusal to do this after wave upon wave of revelations of abuse of innocents and corporate malfeasance infuriates even her most loyal members.

Institutions as wide-ranging as Google and the Barnes Foundation in Philadelphia have made transparency a core value. A group called Transparency International ranks countries on the basis of the perceived corruption in their governments. (The United States is 19th, after the United Kingdom but before Chile.) How is it in a world such as this, the men at the Vatican’s highest levels continue to close ranks and insist not only on their own authority but also on their own moral privilege? How is it that the church can continue to be faced with evidence that it abused children and insist that it protects the weak and the vulnerable?

A rereading of Jonathan Haidt’s wonderful book “The Righteous Mind” (just out in paperback) is illuminating here. Groups of like-minded people reinforce their own beliefs. And worse. They convince themselves that those beliefs are moral, even righteous. Individuals “lie, cheat and cut corners quite often when we think we can get away with it,” he writes, “and then we use our moral thinking to manage our reputations and justify ourselves to others. We believe our own post hoc reasoning so thoroughly that we end up self-righteously convinced of our own virtue.”

Groups are worse. Evolutionarily speaking, “group selection pulls for cooperation, for the ability to suppress antisocial behavior and spur individuals to act in ways that benefit their groups. Group-serving behaviors sometimes impose a terrible cost on outsiders.” In other words, in the most powerful groups, people work together — suppressing individual quirks and desires — to protect the group. And then they overlay that group-serving behavior with a moral righteousness that explains and exonerates their ruthlessness. Democratic values — openness, transparency, diversity, free exchange of ideas — do not come naturally to groups, Haidt explains. The brilliance of the American experiment is that it created the freedom for many different groups to thrive.

But then Haidt issues this warning, which the men who run the church would do well to heed: The most effective groups take good care of the people within them.

And the group known as the Catholic Church includes all of its believers, not just the cardinals.